Pakistan should pray for India to win against West Indies and England: Shoaib Akhtar

Shoaib Akhtar said that India has been playing “very sensible” cricket while West Indies is a combination of twenty-20 players who fail to play sensibly in the tournament. 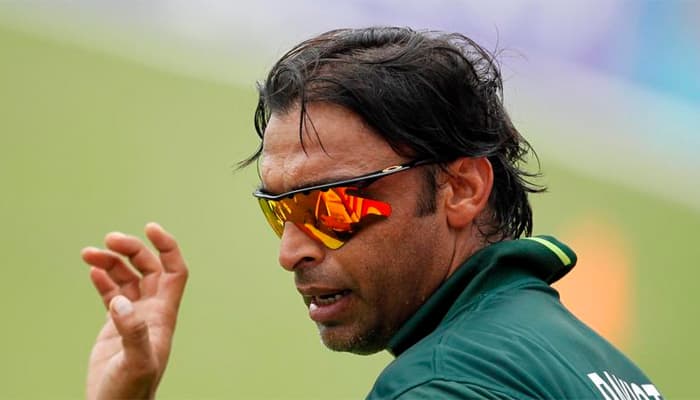 Latest YouTube sensation, former Pakistani pacer Shoaib Akhtar, feels that Pakistan should pray for team India to win their matches against West Indies and England. In the latest video on his official YouTube channel, wherein he discussed the India vs West Indies clash at Old Trafford in Manchester, Akhtar reiterated that India was one of the finest teams in ICC World Cup 2019, with the might to defeat any opponent.

Comparing the two sides, the ‘Rawalpindi Express’ said that India has been playing “very sensible” cricket while West Indies is a combination of twenty-20 players who fail to play sensibly in the tournament.

Akhtar said that given the experience of Dhoni, the former skipper should not get stuck in the middle without scoring runs. Dhoni has immense One Day International experience and he should be in a position to drive himself out of any trouble, said the former Pakistani cricketer, adding, that the wicketkeeper-batsman “needs to get runs”.

According to Akhtar, the Indian side does not just have a world-class batting lineup but also has a formidable bowling attack. He said that the likes of Jasprit Bumrah, Yuzvendra Chahal and Kedar Jadhav can do wonders for the team and send the best of the players back to the pavilion.

He also welcomed the addition of Mohammed Shami to the squad, saying that his pace gave the much-needed edge to the team in a tournament like ICC World Cup. “I have always said that Shami should have been played from the very first match,” said Akhtar.

The ex-cricketer further talked about the chances of team Pakistan in ICC World Cup 2019, saying that “all is not lost” for Sarfaraz Ahmed’s boys. He said, “We need to remember that whenever you corner Pakistan team, they always strike back.”

Akhtar said that Pakistan needs to win their upcoming matches against Bangladesh and Afghanistan, and also need help from India that it defeats West Indies and England. “I am saying this on the record despite being a Pakistani that as Pakistani, we definitely want help from India to make it to the next level,” said the former pacer.

ICC World Cup 2019, West Indies vs India: As it happened