Pakistan's Shadab Khan ruled out of England series with illness

On Thursday, the 20-year-old young player was named in the 15-member Pakistan squad for the ICC World Cup, which is slated to take place in England and Wales from May 30 to July 14. 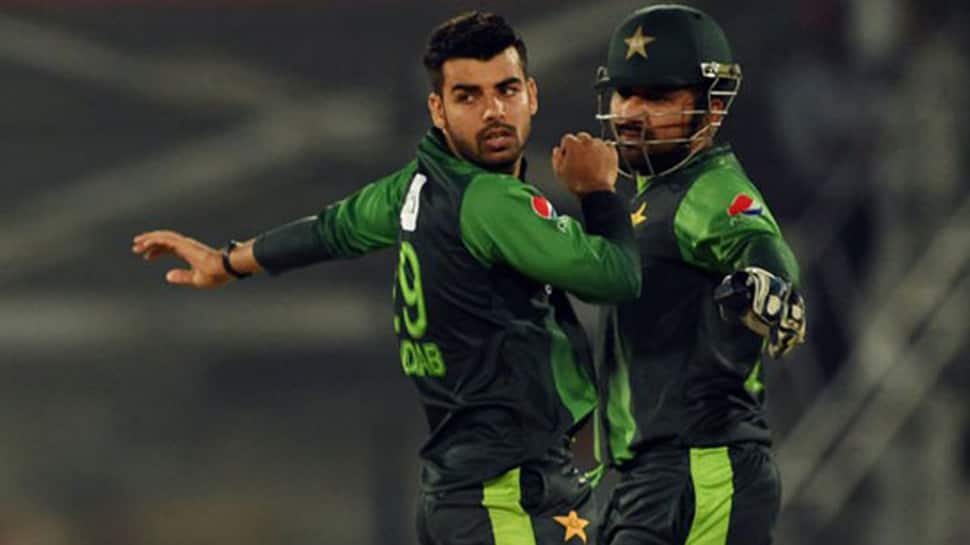 Pakistan have suffered an injury blow just a month before the 2019 ICC World Cup as wrist-spinner Shadab Khan has been ruled of his side's upcoming tour to England as he is ill with a virus.

On Thursday, the 20-year-old young player was named in the 15-member Pakistan squad for the ICC World Cup, which is slated to take place in England and Wales from May 30 to July 14.

Now, it is to be seen whether Shadab will be fit in time to take part in the 50-over showpiece event.

Reflecting on Shadab's illness, chief selector Inzamam-ul-Haq confirmed that the spinner requires at least a rest of four weeks before he could return to action.

“The deadline to make changes to our World Cup squad is at least another five to six weeks away. Hopefully, by that time, everything will be better, and the player can return to the squad," the International Cricket Council (ICC) quoted Inzamam as saying.

Meanwhile, the Pakistan Cricket Board (PCB) confirmed that they would set-up Shadab's appointment with specialists in England in order to help him recover fully prior to the World Cup.

Pakistan are slated to play five-match ODI series and a lone T20I match against England from May 5 before they kickstart their World Cup campaign against the West Indies on May 31 at Trent Bridge.