The PCB, however, expressed hope that Sarfaraz's act will not affect the series against South Africa. 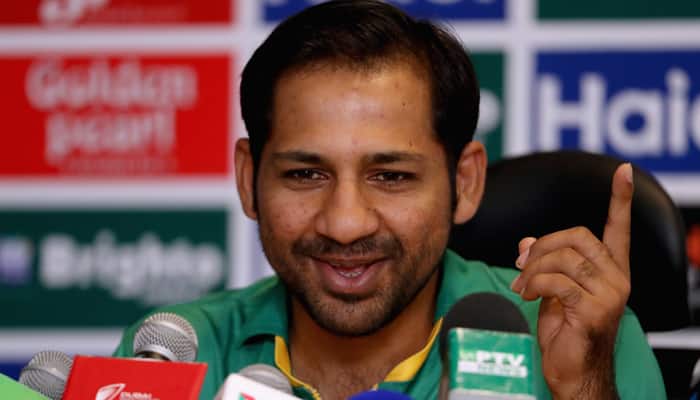 DURBAN: The Pakistan Cricket Board (PCB) on Wednesday released a statement expressing its regret over the unsavoury remarks made by Pakistan cricket team skipper Sarfaraz Ahmed during the second One-day International against South Africa in Durban.

“The PCB expresses regret over the remark made by their captain Sarfaraz Ahmed and picked up by the stump mic during the second ODI against South Africa in Durban. the PCB neither endorses nor supports any comments that have the potential to cause offence, and firmly reiterates their zero-tolerance approach towards racist comments made; in whatever context, the PCB said in its statement, quoted Geo TV.

The PCB added that the incident has brought to fore the importance and significance of player education and training at different levels. The board said that Sarfaraz is a senior and respected cricketer but he should refrain from making hurtful comments. The PCB, however, expressed hope that Sarfaraz's act will not affect the series against South Africa.

“The PCB is confident that this incident will not affect the series, which has been played in great spirit with some excellent performances from both side. The PCB is also hopeful that the crowds will continue to turn up in big numbers for the remaining matches to support cricket,” the statement concluded.

During the match against South Africa in Durban, the Pakistani skipper caught on the stump mics making 'racist' remarks on South African batsman Andile Phehlukwayo.

Meanwhile, Sarfaraz has expressed deep regret over his behavior. "I wish to extend my sincere apologies to any person who may have taken offence from my expression of frustration which was unfortunately caught by the stump mic during yesterday's game against SA. My words were not directed towards anyone in particular and I certainly had no intention of upsetting anyone. I did not even mean for my words to be heard, understood or communicated to the opposing team or the cricket fans. I have in the past and will continue in future to appreciate the camaraderie of my fellow cricketers from across the globe and will always respect and honour them on and off the field," he said in a series of tweets.