The ICC has issued a statement condemning the incident. 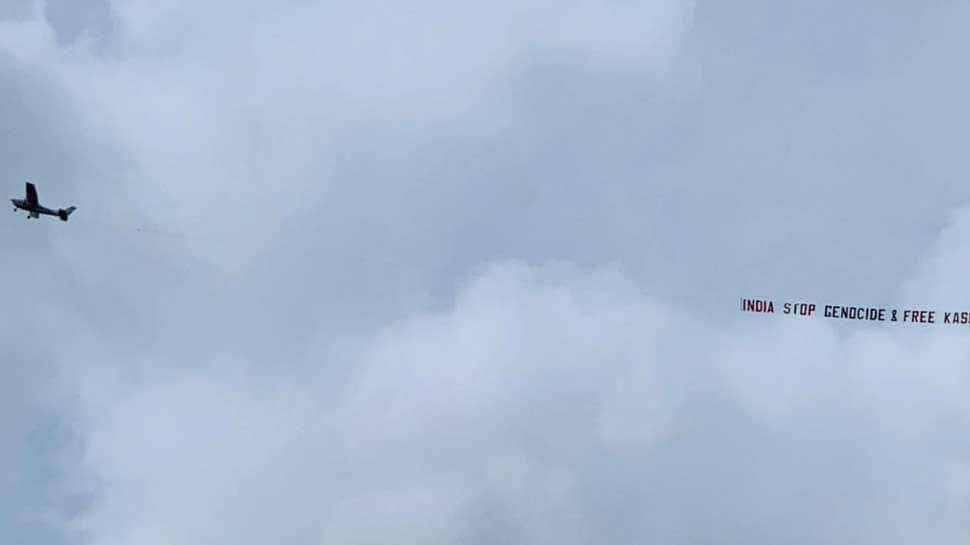 The incident took place during the first innings of the India-Sri Lanka game on Saturday when a plane displaying a political message ''Justice For Kashmir'' was spotted flying over the stadium.

Minutes later, another plane carrying a banner, which read “India stop genocide and free Kashmir,” flew over the stadium.

Soon after the incident, the ICC issued a strong statement condemning the incident and said that they do not condone any sort of political messages at the tournament.

"We are incredibly disappointed this has happened again. We do not condone any sort of political messages at the ICC Men’s Cricket World Cup. Throughout the tournament we have worked with local police forces around the country to prevent this type of protest occurring,” the ICC said in its statement.

This is the second time during the ongoing ICC World Cup 2019 that planes have been used to convey political messages.

Earlier on June 29, a plane with a banner “Justice for Balochistan” had flown across this stadium during the Pakistan-Afghanistan match.

“After the previous incident we were assured by West Yorkshire Police there would not be a repeat of this issue, so we are very dissatisfied it has happened again," the ICC statement further read.

These incidents have dealt a major blow to the ICC, which has a policy of not encouraging messages of the political kind.

All this comes at a time when the political ties between India and Pakistan have reached to its lowest level over the latter's covert support to terror outfits operating from its soil in their nefarious designs against New Delhi.

The tension between the two sides reached an alarming level after the Pulwama attack in which at least 40 CRPF personnel were martyred. This was followed by airstrikes by the Indian Air Force in Pakistan's Balakot which targeted terror camps located in the area, and later, Pakistan's failed attempt to enter into the Indian air space and bomb bordering areas.

Pakistan-backed terror outfits continue to wage a 'jihad' for Kashmir and accuse the Indian security forces of suppressing the voices of innocent Kashmiris.

These incidents of the security breach are also a matter of grave concern for the ICC which is committed to providing a safe playing environment to all players and participating teams.