Dhoni, the initial record holder, had achieved this feat in 90 matches followed by Gilchrist who took 95 and Taylor with 105. 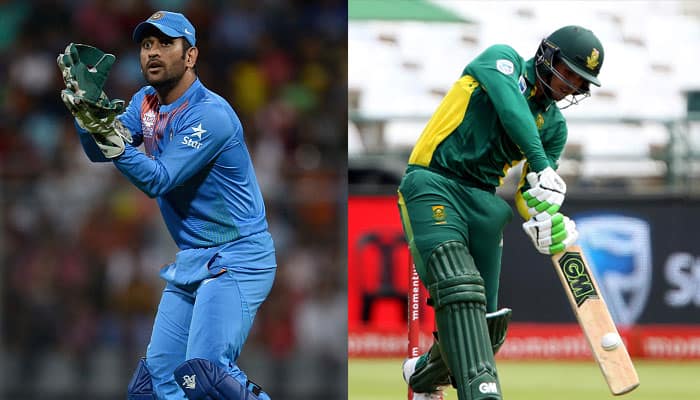 De Kock achieved the feat by amassing 109 run off just 87 balls in South Africa's 5th and final ODI against Sri Lanka. Not just the final ODI, the wicket-keeper played an instrumental role in the whole series as the Proteas secured a 5-0 whitewash over the Lankans.

The 24-year-old reached the landmark after playing just 74 ODIs, way too fast as compared to Mahendra Singh Dhoni, Adam Gilchrist, and Brendon Taylor.

Dhoni, the initial record holder, had achieved this feat in 90 matches followed by Gilchrist who took 95 and Taylor with 105.

The fact, however, doesn't show the true picture as Dhoni plays the role of a finished and usually bats at No. 5, No. 6 position, whereas De Kock as well as Gilchrist are openers.

Overall, the list of fastest ODI batsmen to cross 3000-run mark is also headed by a South African, Hashim Amla, who took just 57 matches to do it. But he is also a top order batsman.

WATCH: Mushfiqur Rahim survives run-out after being given benefit of doubt by third umpire