Bengal pacer Mukesh Kumar dismissed opener Jiwanjot Singh (10) and night-watchman Mayank Markande (0) off successive balls but Gill looked unperturbed on a wicket that had some help for the spinners. 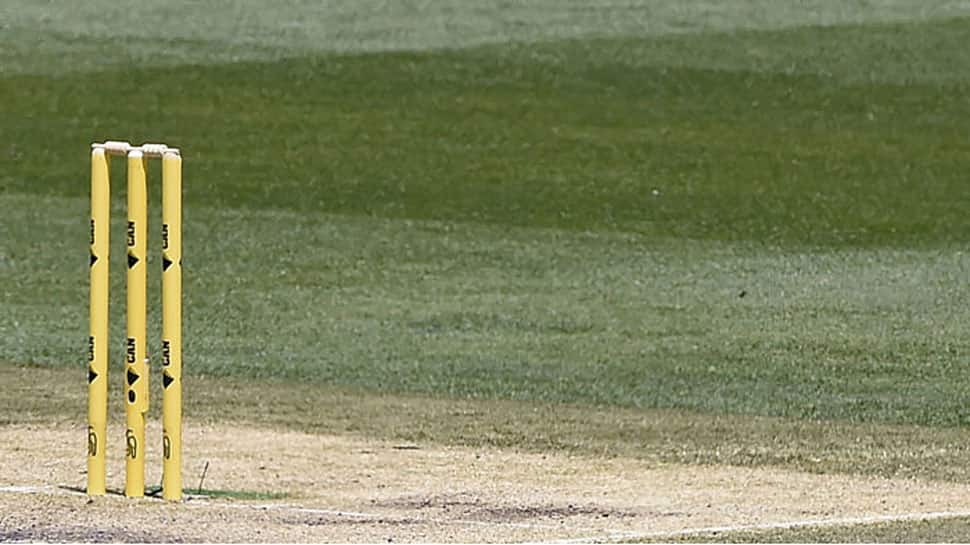 Left-arm spinner Vinay Choudhary claimed a career-best 6/62 as Punjab bundled out Bengal for 187 to take early initiative in their Ranji Trophy Elite Group B fixture on Monday.

The 25-year-old grabbed the key wickets of Bengal skipper Manoj Tiwary (4) and the two half-centurions, Shreevats Goswami (57) and Sudip Chatterjee (52), on way to his maiden five-wicket haul, as the home side folded in 69.1 overs at the stroke of tea after electing to bat.

In reply, Punjab were 47/2 at stumps, trailing Bengal by 140 runs with Shubman Gill continuing his sublime form to be unbeaten on 36 (57 balls; 3x4) along with Anmolpreet Singh (1) at the crease.

Bengal pacer Mukesh Kumar dismissed opener Jiwanjot Singh (10) and night-watchman Mayank Markande (0) off successive balls but Gill looked unperturbed on a wicket that had some help for the spinners.

"The key for us was to bowling in pairs. Mayank (Makrande) was bowling a tight line from the other end and it helped me give the breakthroughs," Choudhary said giving credit to their leg-spinner Markande (1/56).

He further said Yuvraj Singh's inputs helped him and he was just keeping his focus without trying too much.

"To have a player like Yuvi paaji with you is a big boost. He constantly kept on telling me to stay focus and not try too much. He told me not get panic, and don't bowl loose deliveries. I just kept bowling to the field."

But it was the pacer Manpreet Singh Gony (2/19), who gave Punjab a superb start, dismissing both the Bengal openers for 21 inside the first hour's play.

Fresh from their century-plus opening partnership in their record 322-run chase against Delhi, Bengal got off to a shaky start with Abhishek Raman getting out for a duck.

Gony then trapped last match's centurion Abhimanyu Easwaran (7) before Choudhary made his presence felt, grabbing the big wicket of Tiwary for four, when the Bengal skipper was caught at slip by his Punjab counterpart Mandeep Singh.

Just when Anustup Majumdar was looking to calm things down, a terrific catch by Gill, running back from square leg, gave Punjab another breakthrough.

In the next over, Choudhary had Writtick Chatterjee (0) plumb in front of the stumps, as Bengal lost half of their side inside the first session.

Choudhary was at his best in his second spell (9.1-0-41-4) when he ran through the Bengal batting lineup, breaking the partnership between Chatterjee and Goswami, who added valuable 65 runs for the sixth wicket.

"It was a moisture laden wicket in morning. We needed to survive. Now we have to fight back. I'm really disappointed and looking for answers. We should have scored at least 250 runs in the first innings.

"We are staring at the wrong end of the barrel. It's now struggle for us," Bengal mentor Arun Lal said, summing up Bengal's misery."