Lyon, who will be playing his 100th Test in Brisbane starting Friday, has 396 wickets to his name while Ashwin has 377 scalps from 74 Tests so far. 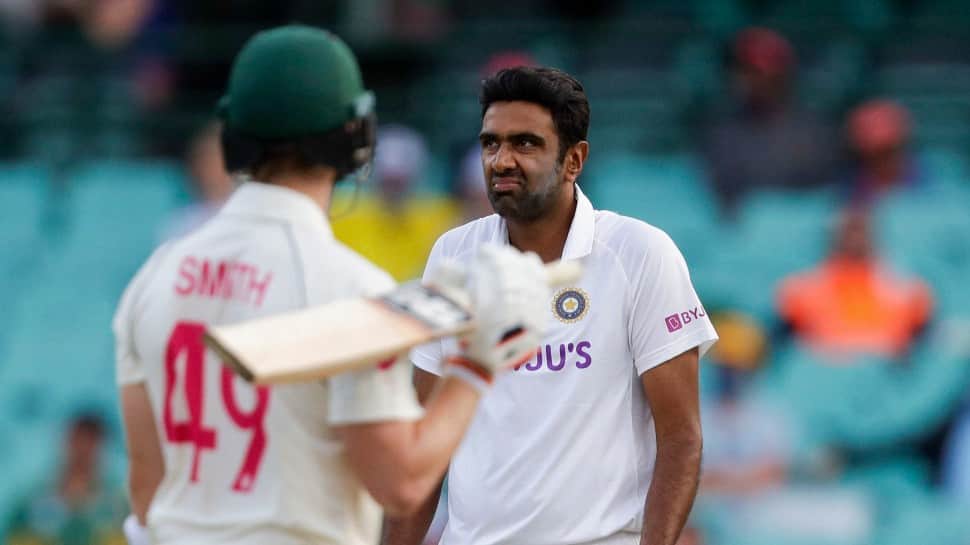 Ravichandran Ashwin has been phenomenal in the India-Australia series. (Photo: PTI)
Share:
Edited By:

Former Sri Lankan off-spinner Muttiah Muralitharan is sitting pretty onthe top of the wicket-takers pile with 800 wickets but two other spinners -- Ravichandran Ashwin and Nathan Lyon -- are in pursuit of that landmark. Lyon, who will be playing his 100th Test in Brisbane starting Friday, has 396 wickets to his name while Ashwin has 377 scalps from 74 Tests so far.

The Lankan great believes that Ashwin has the best chances of topping 700 wickets and possibly head to 800 mark as well.

"Ashwin has a chance because he is a great bowler. Other than that, I don't think any younger bowler coming in will go to 800. Maybe Nathan Lyon is not good enough to reach it. He is close to 400 (396) but he has had to play many, many matches to get there," Muralitharan told former England captain Michael Vaughan in his column for Daily Telegraph.

Muralitharan is no longer involved with Sri Lankan cricket but works as a bowling coach with the Sunrisers Hyderabad in the Indian Premier League, and spends the rest of his time running his aluminium canning business in Sri Lanka.

"The problem in Test cricket is that T20s and ODIs have changed the dynamics," says Murali, talking from his home in Colombo before the start of England's Test series against Sri Lanka.

"When I played, the batsmen were technically so good and wickets were flat; now, they try to finish matches in three days. The bowlers in my day had to do extra work to get spin and do something magic to get results. Nowadays, if you bowl line and length over a period of time, you will get five wickets. It is guaranteed because batsmen cannot stay for long without attacking.

"You have a better chance of taking wickets, which is why spinners only have to set the field properly, bowl line and length and let the pitches and batsmen do the rest. Spinners used to have to work hard for wickets, which is why they worked hard on developing other deliveries," the Lankan wizard added.

Muralitharan believes the spinners don't need to experiment too much in Test cricket. "Now they do that in T20 cricket instead. They bowl different variations because batsmen are coming after them. But in test cricket you don't need to do it," he felt.

Sri Lankan cricket has been in a mess and it is striking how few of the legends are involved in the game.

"We are like Pakistan. We have so much talent but after one bad innings we fight each other. This is the most difficult time for Sri Lanka cricket. They have not been together for five or six years. Everyone pulls in different directions. It is a shame because, if we did pull together, we have a lot of talented cricketers," the former off-spinner said.