After India slumped to a shocking seven-wicket defeat at the hands of Bangladesh in the opening T20I in New Delhi on Sunday, young wicketkeeper-batsman Rishabh Pant once again found himself at the receiving end of the trolls on social media. 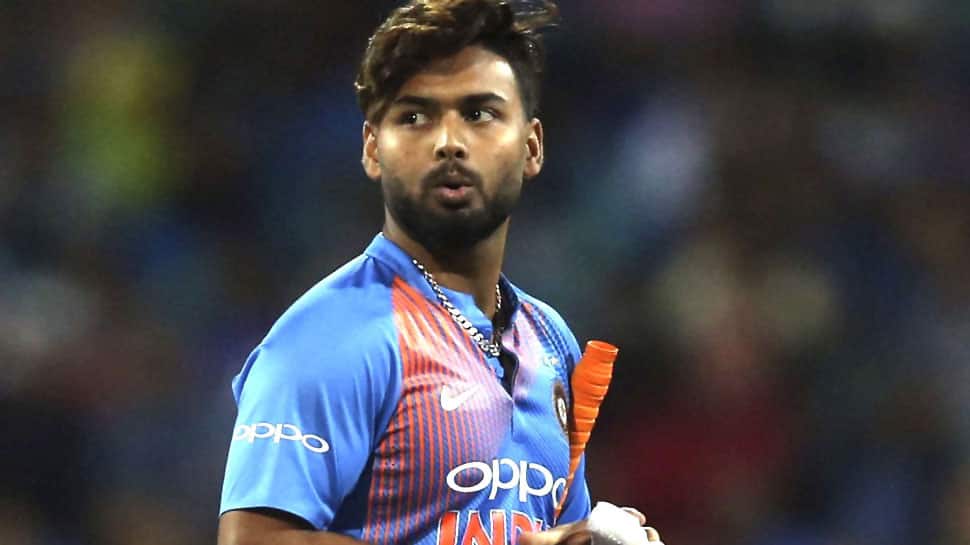 After India slumped to a shocking seven-wicket defeat at the hands of Bangladesh in the opening T20I in New Delhi on Sunday, young wicketkeeper-batsman Rishabh Pant once again found himself at the receiving end of the trolls on social media.

Pant endured a forgettable day during the first T20I against Bangladesh at newly-named Arun Jaitley Stadium as he not only failed to click with the bat but was also involved in a flurry of wrong decisions in the clash.

After Bangladesh won the toss and asked India to bat first, the 22-year-old wicketkeeper-batsman got engaged in a mix-up with opener Shikhar Dhawan, which resulted in the latter's dismissal at a crucial stage.

Shikhar Dhawan (41) fell short of a T20I half-century after being run out on the fifth delivery of the 15th over. After picking up a single, Pant called for a second run but changed his mind as Mahmudullah collected the ball and threw it to the keeper Mushfiqur, who rattled the stumps to remove Dhawan. Subsequently, Pant was dismissed for 26 balls 27.

Shafiul Islam and Aminul Islam bagged two wickets each as the Bangladesh bowlers restricted India to 148 for nine in their stipulated 20 overs.

During Bangladesh’s chase as well, Pant made a wrong decision of convincing interim skipper Rohit Sharma to go for a Decision Review System (DRS) against Soumya Sarkar on the last delivery of the 10th over.

Not only this, Pant also failed to spot DRS chances against Player of the Match Mushfiqur Rahim when the Bangladesh batsman was trapped leg before wicket twice on Yuzvendra Chahal's deliveries.

The young wicketkeeper-batsman's couple of wrong decisions once again invited criticism from fans, who flooded Twitter with hilarious memes on him besides also drawing his comparison with veteran wicket-keeper Mahendra Singh Dhoni.

Here are a few of them:

#RishabhPant
So the villain is Rishabh Pant.
I don't know what is the hidden talent he has that only revealed in before selectors and not on ground?#IndvsBan pic.twitter.com/aN2vQ5V6wh

Chasing a target of 149 runs to win, Bangladesh lost opener Liton Das cheaply for seven runs before Mohammad Naim (25) and Soumya Sarkar (39) steady their side's ship by stitching a crucial 46-run stand for the second wicket.

Subsequently, Mushfiqur not only pulled back an unbeaten 60-run knock but also shared a significant stand of 60 runs with Sarkar to take Bangladesh on the verge of victory before the wicketkeeper-batsman and captain Mahmudullah (15) guide the side past the mark with three balls to spare.

India, who are now trailing Bangladesh by 1-0 in the three-match series, will look to bounce back when they play the second T20I on Thursday at Saurashtra Cricket Association Stadium in Gujarat.