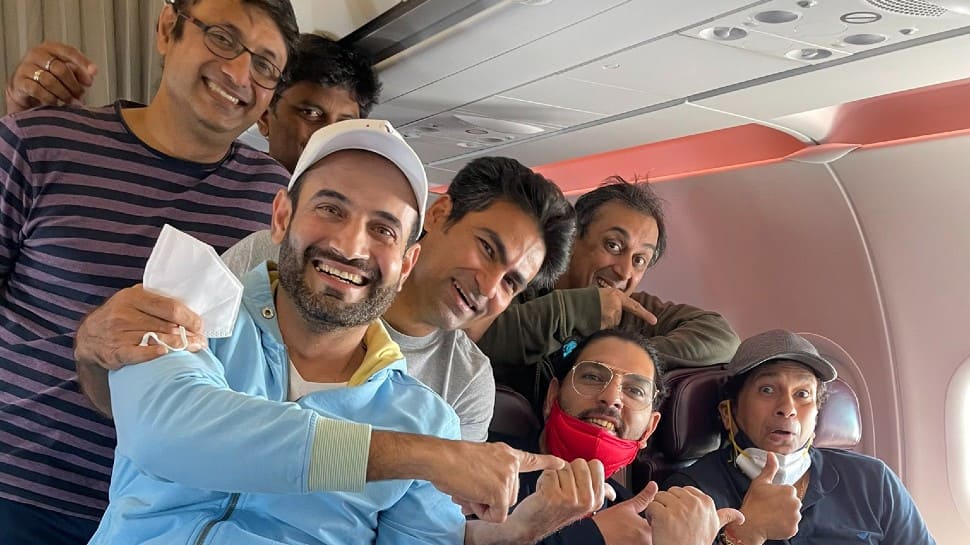 India Legends on Sunday defeated Sri Lanka to win the inaugural edition of the Road Safety World Series and since then they are in jovial mood and same can been seen in the pics shared by former India all-rounder Irfan Pathan on Twitter.

A repeat of the World Cup 2011 final versus Sri Lanka which the Men in Blue won under MS Dhoni, this win came under the captaincy of Sachin Tendulkar.

All-rounder Yusuf Pathan starred in the team's victory with an unbeaten 62 and two wickets for 26 that restricted Lanka to 167/7 in 20 overs, chasing a target of 182.

Earlier, Yuvraj Singh and Yusuf went on a rampage by slamming half-centuries to see India Legends put up a challenging total of 181 for the loss of four wickets in 20 overs.

Yuvraj got an entertaining 60 off 41 balls with four boundaries and as many sixes while Yusuf remained unbeaten on 62 in 36 balls with four hits to the ropes and five sixes.

Other than the two big men, captain Tendulkar got a classy 30 which included five boundaries.

For Lankans, none of the bowlers were impressive as Rangana Herath, Sanath Jayasuriya, Farveez Maharoof and Kaushalya Weeraratne took one wicket each.