Sri Lanka Legends thrashed Bangladesh Legends by 42 runs to secure their spot for the semi-final of the Road Safety World Series 2020/21. 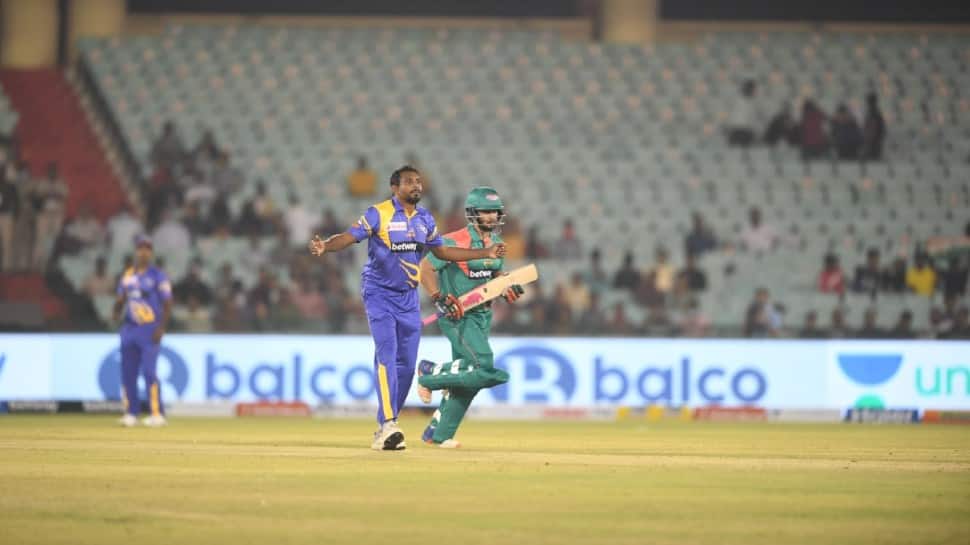 Led by Upul Tharanga’s brilliant 99* of 47 balls, Sri Lanka set a 181-run target after opting to bat first and in reply Bangladesh started off on a positive note as openers Nazimuddin and Mehrab Hossain provided a strong start with the 57 runs partnership for the opening wicket in 7.2 overs.

However, Mohammad Rafique-led Bangladesh Legends couldn’t capitalize on the start they got as they kept losing wickets at regular intervals with the ever-soaring required run-rate.

In the end, the TM Dilshan-led Sri Lanka Legends’ total proved to be too much for the Bangladesh Legends, who could only manage 138/6 in the allotted 20 overs and suffered their third defeat in a row.

Interestingly, Tharanga’s 99 not out off 47 balls, which included 11 fours and 5 sixes, is the highest individual score in Road Safety World Series history and he missed the century mark by just a run after he only managed to score one run on the last ball of that innings while Nuwan Kulasekara was run-out during their desperate attempt for the second run.

Meanwhile, the victory helped Sri Lanka Legends dislodge India Legends at the top of the points table and seal semis berth. Bangladesh Legends, on the other hand, slip to another loss and their semifinal hopes now dwell on the hands of fate.