Beside Virender Sehwag and Sachin Tendulkar, former all-rounder Yuvraj Singh also featured in the video. In the video, Sehwag can be heard asking the physio and Tendulkar if he would be fit enough to play their next match. 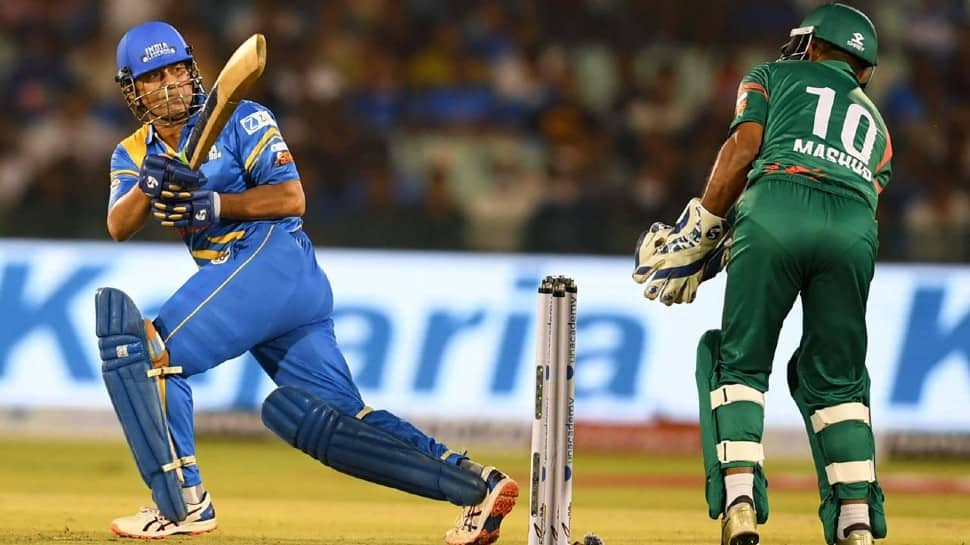 Former India opener Virender Sehwag on Monday (March 8) tweeted a video to give cricket fans a peek into legendary Sachin Tendulkar’s recovery process ahead of India Legends second game against England Legends in the Road Safety World Series on Tuesday (March 9). In the video, former India captain Tendulkar can be sitting with team’s physio with a needle inserted in one of his elbows.

Beside Sehwag and Tendulkar, former all-rounder Yuvraj Singh also featured in the video. In the video, Sehwag can be heard asking the physio and Tendulkar if he would be fit enough to play their next match. While the physio sounded optimistic, Tendulkar replied ‘Koshish to yahi rahi hai’.

Road Safety World Series is aimed at creating awareness about road safety. It began on March 5 with India Legends taking on Bangladesh Legends. Sehwag’s blazing 80 off 35 balls helped India thrashed Bangladesh by 10 wickets in the opening game on the weekend.

The Indian bowlers bowled Bangladesh out for 109 runs and chased down the target in with 59 balls left. Sehwag turned back the clock and scored a boundary off the first ball of the innings to start India's run chase.

The Indian opener tormented Bangladesh’s bowling line-up and smashed an unbeaten 80 off just 35 balls, while his batting partner Sachin remained not out on 33 off 26 balls.

India will next face England Legends, who are also coming off a win against Bangladesh Legends. England Legends captain Kevin Pietersen led from front smashing 42 runs off just 17 balls to guide his team to a seven-wicket victory.