Sharma currently has 102 sixes to his credit and needs four more to dethrone Windies batsman Chris Gayle from the top spot. 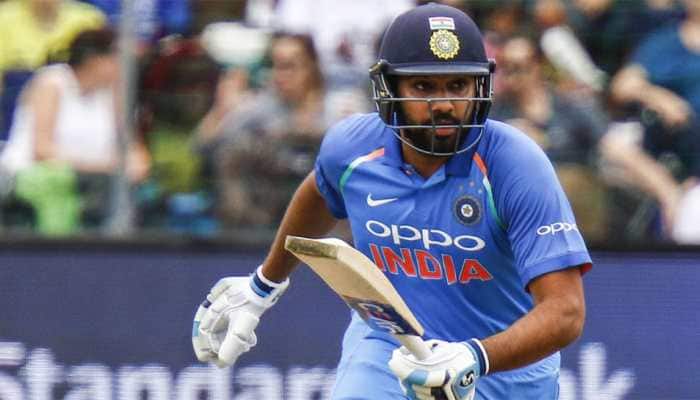 New Delhi: As India and West Indies gear up to take on each other in the three-match T20I series, Men in Blue's vice-captain Rohit Sharma would be looking to become the batsman with the most sixes in the shortest format of the game.

Sharma currently has 102 sixes to his credit and needs four more to dethrone Windies batsman Chris Gayle from the top spot.

Left-handed Gayle will not be playing the T20I series as he has been rested by the Windies team management. Gayle has 105 sixes to his name, whereas Kiwi batsman Martin Guptill is on the second position with 103 sixes. Sharma is currently placed third on the list.

The 32-year-old is currently the highest run-scorer in T20Is and he also holds the record for the most number of centuries (four) in the T20I format.

There were wide speculations regarding the rift between skipper Virat Kohli and Rohit Sharma. However, Kohli dismissed these reports at the pre-departure conference saying, "If I do not like a person or if I am insecure of a person, you will see that on my face or in my behaviour towards that person and that is how simple it is."

"I have always praised Rohit whenever I have had an opportunity because I believe he is that good. We have had no issues."

"If the team environment is not good, then the kind of game we are playing for the last two-three years, it would have not been possible. I know how important the dressing room atmosphere, the trust factor is to succeed in international cricket," he said.

"Our journey from number seven to number one and such consistent performance in the ODI cricket, it cannot happen without camaraderie, respect, and understanding," he added.

India will take on West Indies in the first T20I of the three-match series on Saturday, August 3 in Florida.