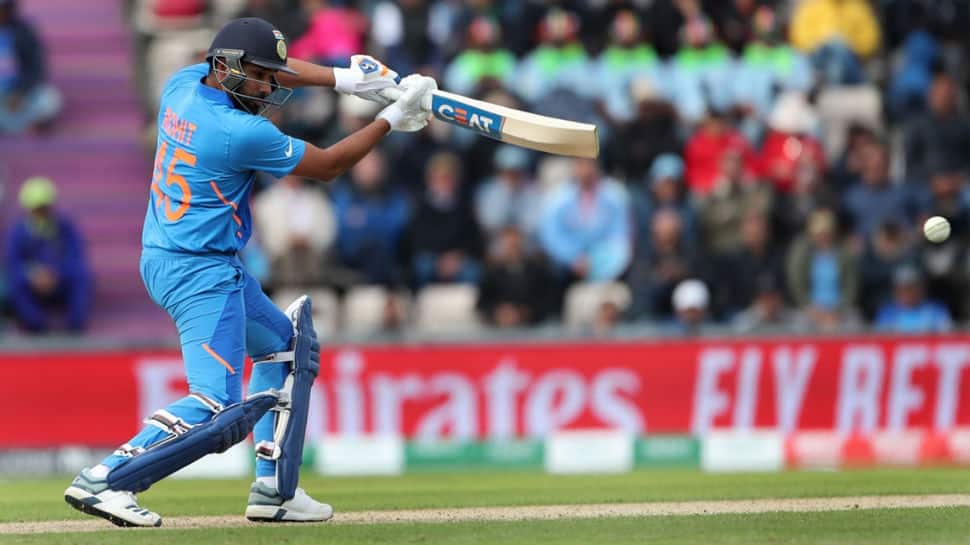 Rohit Sharma's unbeaten 122 was the backbone in India's successful first match of ICC Cricket World Cup 2019 in which the team defeated South Africa by six wickets. The opener's knock on a track that offered bounce and seam movement to pacers has been widely appreciated with former India cricketer Krishnamachari Srikkanth calling it the biggest positive for the team in the tournament.

Srikkanth, known for his aggressive style of play in yesteryears, said that Rohit batted with the level of confidence that would ease the pressure on his fellow batsmen going ahead in the tournament. "He can go from first gear to fourth gear in an instant and just kick on from there and keep clicking through the gears,"  Srikkanth said. "For India, having someone who can go and get not just hundreds but even double hundreds is a major asset and also relieves the pressure on Virat Kohli a little."

Chasing a rather modest target of 228, the Indian batsmen were expected to cruise. Led by Kagiso Rabada, however, the Proteas gave it their all to pose some very serious questions. Shikhar Dhawan (8) fell early while Kohli edged a Andile Phehlukwayo delivery to wicketkeeper Quinton de Kock. There were also several half chances on offer only to be put down. And yet, the Indian innings never looked like it was in any danger and Rohit's resilience had a major role in ensuring that. "Rohit did not need to ramp it up against South Africa, who had not scored enough runs in Southampton. But that knock will do him a lot of good," said Srikkanth. "The trio of Shikhar Dhawan, Rohit and Kohli will be crucial to India’s chances so it is a great sign that Rohit got a hundred and saw them over the line."

India would now be hoping for Rohit to remain in form with fellow batsmen rising to the big occasion as well. The team faces Australia this Sunday.

ICC Cricket World Cup 2019: Virat Kohli in awe of Rohit Sharma's ton vs SA, calls it his best ever