Hossain, who has not appeared in a T20I match for Bangladesh since August last year, has been recalled in order to add some experience to the pace attack. 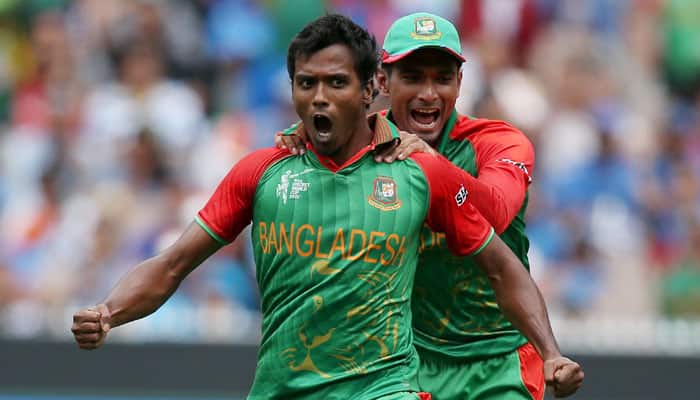 After slumping to a narrow 25-run defeat at the hands of Afghanistan, Bangladesh have called back experienced pacemen Rubel Hossain and Shafiul Islam in their 15-member national squad for the third and fourth matches of the T20I tri-series, also featuring Zimbabwe.

Hossain, who has not appeared in a T20I match for Bangladesh since August last year, has been recalled in order to add some experience to the pace attack.

Shafiul, on the other hand, has also not featured for the national side in the longest format of tha game since October 2017.

All-rounder Soumya Sarkar has been left out of the Bangladesh squad following a poor score of four and zero in the two tri-series matches. Sarkar also had a poor campaign at the 2019 International Cricket Council (ICC) World Cup.

While 21-year-old Najmul has appeared in two Tests and three ODIs since making debut in January 2017, 19-year-old Aminul and 20-year-old Naim are currently uncapped and yet to make debut in the international cricket.

Off-spinner Mahedi Hasan and pacemen Abu Hider and Yeasin Arafat--both of whom did not feature during a win over Zimbabwe and loss to Afghanistan--have all been dropped once again.

Bangladesh will next lock horns with Zimbabwe on September 18 before they take on Afghanistan on September 21.

The full Bangladesh squad is as follows: