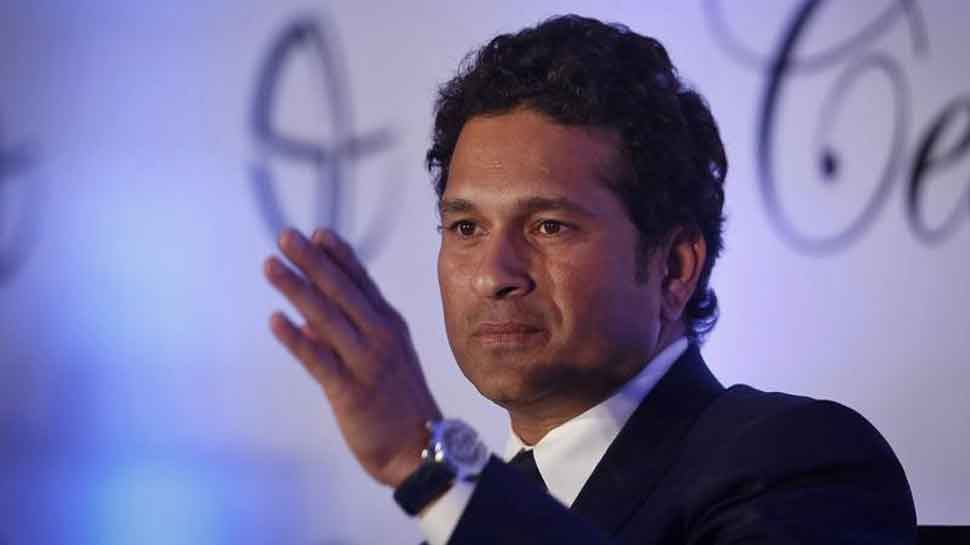 New Delhi:  Sachin Tendulkar has rejected BCCI's observation that his alleged Conflict of Interest falls under "tractable category", terming the parent body "responsible for the current situation" arising due to his role as a member of the Cricket Advisory Committee and an 'Icon' of Mumbai Indians.

In fact, Tendulkar in his 13-point response (in possession of PTI) to BCCI Ethics Officer DK Jain has requested him to call Committee of Administrators (CoA) chief Vinod Rai and CEO Rahul Johri to "clarify their position".

According to the BCCI's constitution clause 38 (3) (a), "Tractable conflicts are those that are resolvable or permissible or excusable through recusal of the individual concerned and - or - with full disclosure of the interest involved".

However what seems to have angered the legendary cricketer is BCCI CEO Johri's letter (in consultation with CoA) to Jain where just like Ganguly, Tendulkar's issue has also been termed as a case of "tractable Conflict of Interest", a contention that the iconic cricketer firmly rejected.

The most pertinent points where Tendulkar has given a strong rebuttal are points 10, 11 and 12.

"Without prejudice to the aforesaid, the Noticee submits that it is surprising that the BCCI, being the very authority responsible for the Noticee's empanelment to the Cricket Advisory Committee ("CAC"), is presently taking a position that the Noticee is exposed to an alleged conflict of interest. It is reiterated that, the Noticee was declared as the Mumbai Indians 'ICON' post his retirement in 2013, which was much prior to his appointment to the CAC in 2015," Tendulkar has stated in his response.

Just like Laxman, Tendulkar also reiterated that neither the CEO nor the CoA had ever clarified the terms of reference with regards to his appointment in CAC.

"The Noticee (Tendulkar) has time and again sought clarification from the BCCI on the scope of his role in the CAC - but has not received a response from BCCI till date.

BCCI is aware that the CAC merely performs an advisory/recommendatory role - and therefore, the Noticee's role as a Mumbai Indians Icon (which in fact has always been in the public domain) cannot, in any practical way, conflict with his involvement in the CAC.

What has possibly irked Tendulkar is BCCI's contradictory stand which he has specified in point No 12.

"The Noticee fails to understand how the BCCI (after having appointed him to the CAC) can now maintain its current stand that he is in a position of 'tractable' conflict of interest. The BCCI Response does not clarify this variance in its stance and the Noticee requests the Hon'ble Ethics Officer to call upon BCCI Officials, Mr. Rahul Johri and Mr. Vinod Rai to clarify this position."

Tendulkar also pointed out how he had recused himself from the recruitment process of the national U-19 selection committee as his son Arjun was a contender in the colts team.

"It is critical to note that the Noticee had specifically written to the BCCI in respect of the potential conflict of interest that could have arisen in the aforesaid scenario," he wrote referring to that particular situation.

What has hurt Tendulkar is the fact that he is being asked questions despite serving Indian cricket for two decades.

"The Noticee has served the Indian cricket team for more than 2 decades and accepted empanelment with the CAC to help and contribute towards the growth of Indian cricket. It is unfortunate that the Noticee has to clarify the questions raised in the Complaint and BCCI Response.

"The Noticee repeats that BCCI is responsible for the situation created in terms of the Noticee's honorary empanelment to the CAC even though he was a Mumbai Indians Icon at the relevant time. The BCCI shall be called upon to clarify the issue," Tendulkar also mentioned in his response.

IPL 2019, Mumbai vs Kolkata Highlights: As it happened