Scotland will kickstart their campaign at the ICC U-19 World Cup against Pakistan on January 19. 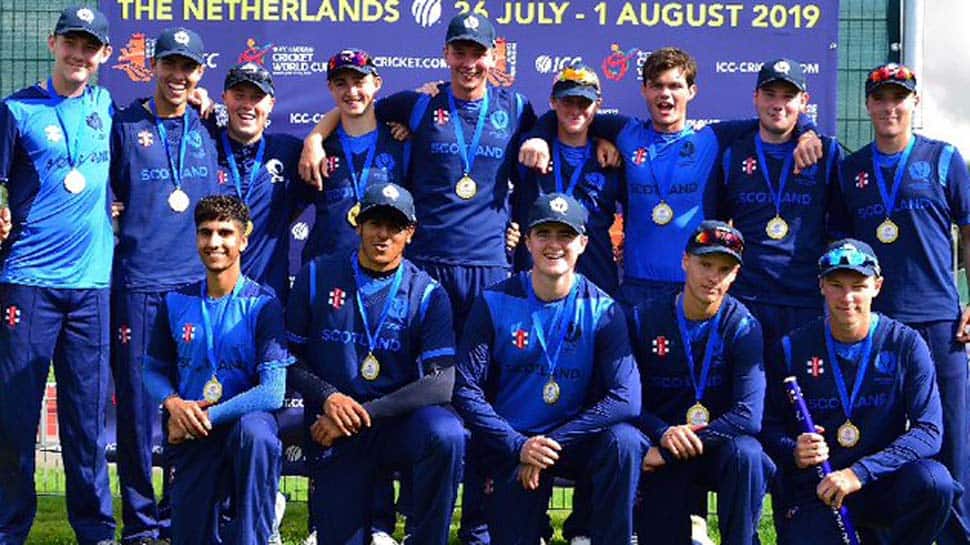 Scotland on Friday announced a 15-member squad for the International Cricket Council (ICC) Under-19 World Cup, which is slated to take place from January 17, 2020 to February 9, 2020 in South Africa.

The side, which remained unbeaten at the ICC U-19 World Cup  Europe Qualifier earlier this year, are placed in Group C alongside Bangladesh, Pakistan and Zimbabwe for the showpiece event.

Reflecting on the same, coach Gordon Drummond said that it's a tough squad that has the ability to even take a few Full Member scalps during the tournament.

“The squad is excited about the opportunity to take part in the upcoming U19 Cricket World Cup in South Africa.  It’s a tough group but one that also presents a fantastic opportunity to take a few Full Member scalps which I know the boys are focused on achieving," the ICC quoted Drummond as saying.

Drummond further said that the team had already displayed the variety and great team spirit during the qualifiers and they are now looking to take it forward.

“Our squad has variety and a great team spirit which they displayed during the ICC U19s Europe Cricket World Cup Qualifier [in which Scotland finished top of the group]. They have trained hard all winter and are looking forward to the outdoor preparation in Dubai leading into the tournament," he said.

Scotland will kickstart their campaign at the ICC U-19 World Cup against Pakistan on January 19.