Shafali Verma, the 15-year-old batting sensation has been the talk of the town for her extra-ordinary run of form since making her international debut in 2019. The senior members of the Indian women`s team though are not too surprised by the teen prodigy's showing so far at the international level. 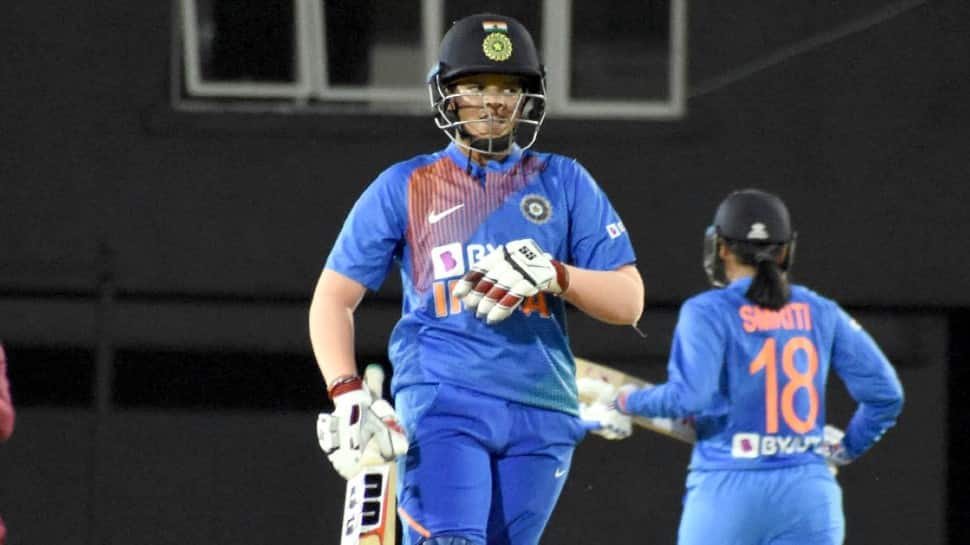 Shafali Verma, the 15-year-old batting sensation has been the talk of the town for her extra-ordinary run of form since making her international debut in 2019. The senior members of the Indian women`s team though are not too surprised by the teen prodigy's showing so far at the international level.

Currently, a top draw around the world, India's T20I vice-captain and batting mainstay Smriti Mandhana has revealed that the team management had been keeping track of Shafali's performances in the months leading up to her international debut. "We were tracking her domestic performance for the past two years. We had heard a lot about her power-hitting, all the centuries that she scored in domestic one-day cricket were under 60 balls, so that was something really new for women's cricket. We knew that she had the capability to score big runs at a quick rate. In the women's IPL, the kind of shots she played, we all knew that she is going to be good for India," Mandhana said.

According to Mandhana, Shafali hardly faced any problem in adjusting to international cricket, as is the case with most young players who come into the team now because of the increased visibility of women`s cricket in India.

"The girls who are coming in now are very mature for their age and they know how things have to be done," said Mandhana. "I don't think I saw any nervousness on her face. She was quite confident even when she was opening for her first innings against South Africa. Raman sir (coach WV Raman), me and Harman (captain Harmanpreet Kaur) have spoken to her about her role but other than that we didn`t need to calm her nerves and all."

Shafali's performance earned her a spot in the Indian team that will play the Women`s T20 World Cup in Australia which starts on February 21. The team left for Australia on Thursday however as they are set to play a tri-series in the country which will also include England. The first match of the series will be between India and England on January 31.

The increase in visibility of international matches and initiatives such as women's IPL is also helping in reducing the gap between domestic cricket in India and the game at the international level, according to Mandhana.

"The gap is getting less but I won't say it is not there. There is a gap in domestic cricket and international cricket for any country. I think with the introduction of the IPL matches, the girls are getting a lot of experience, playing alongside the Indian international players and foreign players. Those kinds of measures have shortened the gap," she said.

The upcoming T20 World Cup could also be a closer one because of the increase in the number of good teams at the international level, she said. "When I came into international cricket it (the gap between teams) was quite evident. England, New Zealand and Australia used to be always at the top. But over the last two years, we have seen these teams getting beaten more often which used to be very rare otherwise. South Africa, West Indies and India especially have come up and are performing consistently in world events. There are now about four or five teams that are up there," she signed off.