Shahzaib shall be provided an opportunity to respond by May 18 and PCB may, at its discretion, file a rebuttal by May 25. The Final Hearing shall commence from June 1 on a day to day basis. 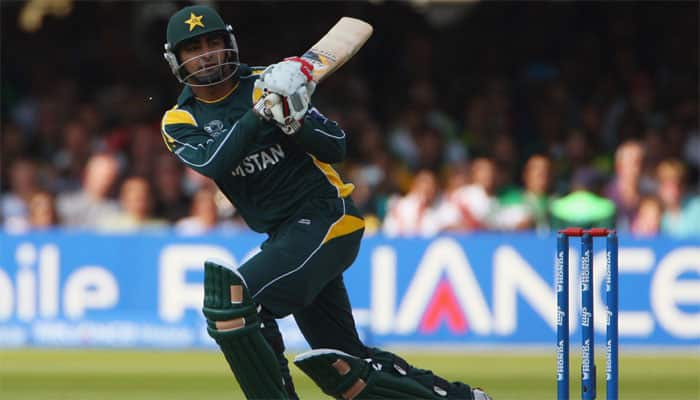 Karachi: Discarded batsman Shahzaib Hasan became the fourth Pakistani player to be formally charged with the breach of several clauses of the Anti-Corruption Code by the Pakistan Cricket Board.

The charges were laid out by the PCB's ACU and lawyers at a preliminary hearing of the Anti-Corruption Tribunal today at the National Cricket Academy in Lahore.

He is the fourth Pakistani cricketer to be formally charged by the PCB under its anti-corruption code since the spot-fixing scandal broke out during the Pakistan Super League in Dubai in February.

In fact, Irfan has been handed down a 12-month ban and a fine after admitting to not informing the authorities about approaches made to him to spot-fix in matches.

Shahzaib appeared before the tribunal with his lawyer Malik Kashif Rajwana.

The Tribunal has asked the PCB to submit its opening brief detailing its claims along with the evidence against Shahzaib on May 4.

Shahzaib shall be provided an opportunity to respond by May 18 and PCB may, at its discretion, file a rebuttal by May 25. The Final Hearing shall commence from June 1 on a day to day basis.

Pakistan's former Test captain Aamir Sohail has already expressed his reservations over whether the PCB has enough evidence to punish the players.

He also called on Najam Sethi, a top official of the Pakistan Cricket Board, to resign if the board failed to prove spot-fixing allegations against suspended players.

Former players and critics have been taken by surprise at the PCB anti-corruption unit's decision to once again call Khalid Latif and Shahzaib for questioning on April 26 and 27 after the board submitted its detailed evidences and charges against Khalid and Sharjeel with the three-member anti corruption tribunal formed by the PCB.

The lawyer for Sharjeel has also termed as "insufficient" the evidence presented against his client before the tribunal for alleged corruption.