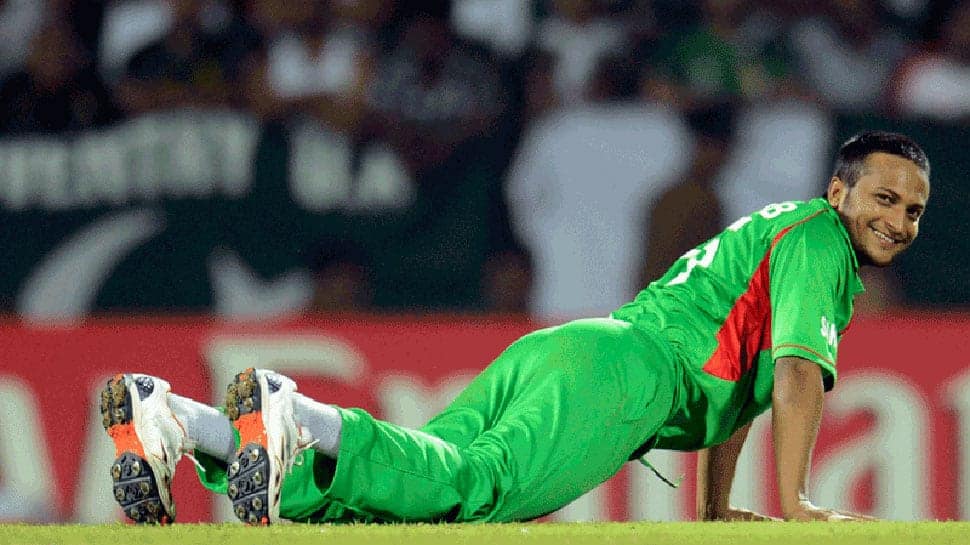 Dhaka: Serving a ban for not reporting match-fixing approaches, Bangladesh's premier all-rounder Shakib Al Hasan is likely to return to the national fold for a tour of Sri Lanka later this year, with his suspension ending on October 29.

The southpaw was banned for two years, one year of it was suspended, for failing to report corrupt approaches by an alleged Indian bookie during the Indian Premier League.

Bangladesh's tour of Sri Lanka is more or less confirmed and given the schedule, Shakib could feature in the proposed three-match T20 series.

"I think Shakib being out for a year is not that much different to the rest of our squad who have been out for six or seven months as well," Bangladesh head coach Russell Domingo was quoted as saying by ESPNcricinfo.

"We are hoping all the players are fit. Obviously, there are standards that they need to attain in terms of fitness level. We have to organise a bit of game time for Shakib, as well as for all the players."

The all-rounder's fitness will be taken into consideration before picking him.

"It is very difficult to get into international cricket without any sort of cricket. I think we need to try to find some opportunities for him to play some games. He is a world-class player so I am sure he will get back into it pretty soon, but fitness is an important thing," the coach said.

According to the report, Sri Lanka Cricket chief executive Mohan de Silva said the two boards have reached an agreement on Bangladesh's departure date, which has been set on September 24. But there are still discussions over whether it will be a two or three-match Test series after the Bangladesh Cricket Board requested a three-match T20I series in addition to the original schedule.

Shakib is set to start training at the BKSP facility -- Bangladesh's largest sporting institute -- ahead of his return to competitive cricket. Domingo, however, added that Shakib would have to play unofficial cricket matches as a suspended cricketer before he is drafted into the national team.

"It is something that we have to discuss with the selectors. I don't think he can play any official game before October 29, so all games that he plays have to be unofficial games. It might be inter-squad games but we need to have clarity if he is allowed to play that."

"He has to make sure he is fit and that he starts hitting balls and bowling some balls. Once we assemble before heading off to Sri Lanka - when that tour is confirmed - we will get closer to making a decision," he said.

The 33-year-old Shakib, who is currently in the United States with his family, plans to return to Dhaka at the end of August in a bid to prepare for his return to international cricket.

Shakib was in the sublime form before the ban, amassing 606 runs in the 2019 World Cup in the UK last year.