Shakib Al Hasan has a total of 5,792 runs, including 40 half-centuries and seven centuries, besides having 250 wickets in 199 ODIs he played so far for Bangladesh. 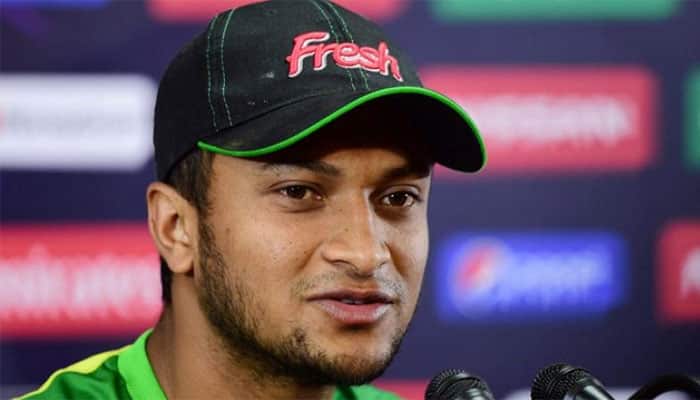 Shakib Al Hasan was adjudged Man of the Match after he produced an all-round show to help Bangladesh outclass South Africa by 21 runs in their first match of the 2019 International Cricket Council (ICC) World Cup at The Oval in London on Sunday.

After South African skipper Faf du Plessis won the toss and asked Bangladesh to bat first, Shakib Al Hasan not only smashed a knock of 75 runs but also put together a record partnership of 142 runs with Mushfiqur Rahim (78 off 80 balls) for the third wicket to help Bangladesh post their highest-ever total of 330 for six in ODIs.

Not only this, Al Hasan also finished with the figures of one for 50 in 10 overs he bowled as South Africa were restricted to a score of 309 for eight in their stipulated 50 overs. Besides him, Mustafizur Rahman (three for 67) and Mohammad Saifuddin (two for 57) also shone with the ball to help their side defend the good total. (Full Scorecard: ICC World Cup 2019, Bangladesh vs South Africa)

While picking up the Player of the Match award, Hasan said that his experience with the English county side Worcestershire helped him a lot.

"It will be one of our top wins, we've upset a few sides. This is my fourth World Cup, and this is the tournament where we want to prove something. The start can't get better than this. This is the start we needed, we had the belief as we came into England. The dressing room will be happy but they know the job has just started. My two years with Worcestershire helped me a lot, "ESPNcricinfo quoted Hasan as saying.

"Didn't know my partnership with Mushfiqur was a record, we needed to hold the innings together, did it perfectly. Confidence is up, but have to play our best cricket against New Zealand, who always do well at ICC events," he added.

Shakib Al Hasan has a total of 5,792 runs, including 40 half-centuries and seven centuries, besides having 250 wickets in 199 ODIs he played so far for Bangladesh.