Khan is serving a five-year ban, half of which is suspended, for his role in spot-fixing scandal during the Pakistan Super League (PSL) in February, 2017. 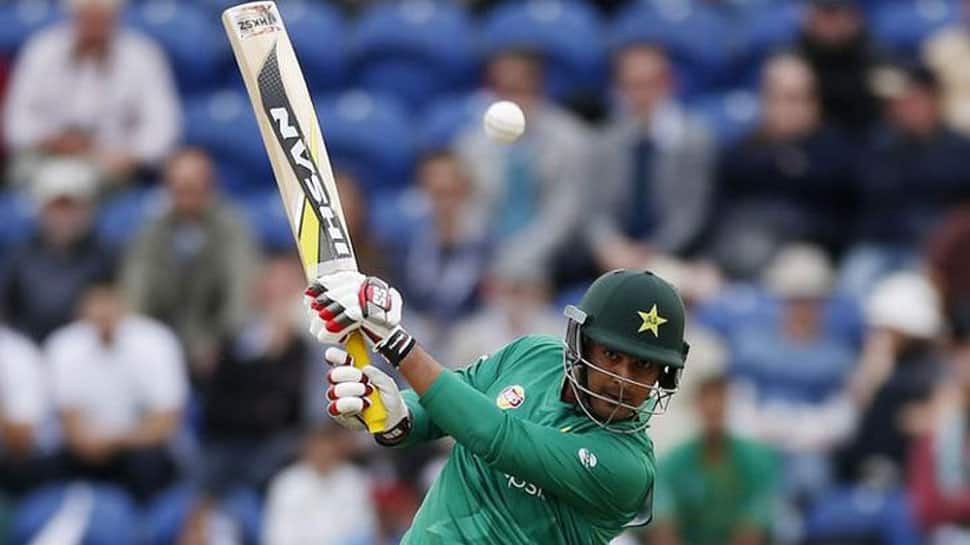 Pakistan's banned Test batsman Sharjeel Khan has accepted all five charges laid against him by the Anti-Corruption Tribunal of the Pakistan Cricket Board (PCB) as he targets an early comeback to domestic cricket.

Khan is serving a five-year ban, half of which is suspended, for his role in spot-fixing scandal during the Pakistan Super League (PSL) in February, 2017.

Khan's lawyer Shaighan Ejaz confirmed that his client has filed an application with the PCB Chairman to allow him to play domestic cricket before his ban expires at end of August this year.

"Sharjeel has in his application accepted the ban imposed on him by the tribunal which means that he has accepted the five charges that were laid out against him under the anti-corruption code," Ejaz said.

"We have asked the PCB Chairman to allow Sharjeel to resume playing club and domestic cricket before his ban ends in August. The Chairman has to get approval of the Board of Governors to allow this under a clause of the anti-corruption code," the lawyer said.

Ejaz said that in his application, Khan, 29, admitted to his mistakes. He was accused of breaching five clauses of the anti-corruption code. He has played one Test, 25 ODIs and 15 T20 internationals for Pakistan.

One of the more serious charges against Khan is that he had met with a suspected bookmaker and agreed to spot-fixing with him during the first match of the second PSL.

The same suspected bookie, Yousuf Anwar has now been charged by the National Crime Agency of the United Kingdom for bribery and corruption and is facing trial in a magistrate's court.

Jamshed was named a key suspect in the PSL spot-fixing scandal last year and is suspected of having introduced Sharjeel, Khalid Latif and other players of the Pakistan team to Yousuf and other bookies.

The UK agency is investigating spot-fixing and bribery by the trio in T20 leagues held by the Bangladesh and Pakistan cricket boards.

Have met and apologised to Andile Phehlukwayo, says Sarfaraz Ahmed