Denmark, France, Ireland, Jersey, Netherlands and Scotland will compete in the ICC U19 Cricket World Cup Europe Qualifier 2019, with the team sitting top of the table at the end of fixtures qualifying for the main event in 2020. 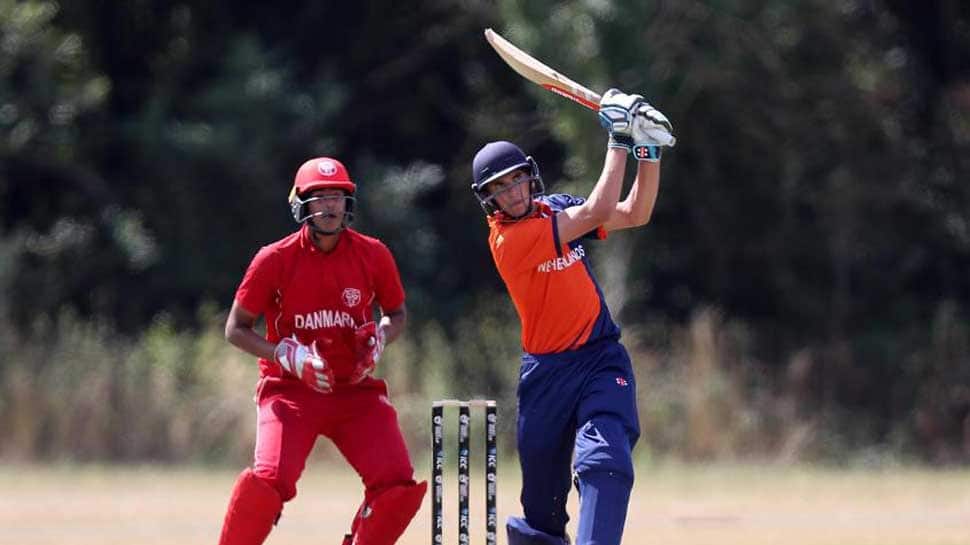 The final place in the International Cricket Council Under-19 Cricket World Cup will be up for grabs as six teams head to the Netherlands for the ICC U19 Cricket World Cup Europe Qualifier 2019, which is slated to take place from July 29 to August 1.

Denmark, France, Ireland, Jersey, Netherlands and Scotland will compete in a round-robin stage, with the team sitting top of the table at the end of fixtures qualifying for the ICC U19 Cricket World Cup 2020.

The victory will also complete the line-up for the tournament in South Africa, starting on January 17, joining Nigeria, Canada, United Arab Emirates and Japan as regional qualifiers.

The Netherlands reached the Division 1 tournament after winning all four of their Division 2 matches last August, with that experience set to hold them in good stead as they look to prevail on home turf.

Netherlands captain, Boris Gorlee, who got into cricket through his family, said, “We would be very happy if we were to qualify for the ICC U19 Cricket World Cup and it would be a very good opportunity to lift youth cricket in the country.”

The Dutch team will face Scotland in their opening match of the tournament, a side looking to get back in the ICC U19 Cricket World Cup for the first time since 2016.

And for Scotland captain Angus Guy, the significance of the competition and the potential impact on Scottish cricket is not lost ahead of action getting under way.

He said, “Qualifying for the World Cup would feel pretty incredible, having the opportunity for the whole squad to go and show our skills on the world stage and compete with the best would be brilliant.”

Like the Netherlands, both Denmark and France progressed from Division 2 to move one step closer to a place in the U-19 World Cup.

The two will face off in their opening games of the competition with history on the line as they bid for new beginnings.

France have never reached the ICC U19 Cricket World Cup, with captain Kishan Patel, who first played the game with a plastic bat and ball in his yard, looking forward to the chance of entering the record books.

“To lead my team to South Africa would be a dream, and amazing to be a team to go from Division 2 to the World Cup.I’ll definitely be excited because you play the world’s best teams with great history. This is definitely our goal and hope that we could achieve this," he said.

Denmark, meanwhile, have had one appearance in the competition to date when they finished 13th in 1998 – the last time the event was held in South Africa.

“Each and every individual from our team has worked so hard, and I know that every team that we are going to face has prepared themselves really well, so it's going to be tough,” said Denmark captain Abdullah Mahmood.

“We have prepared as well as we could with the facilities we have, so we are definitely going to do our best to qualify and it would be an indescribable feeling for me and the team if we get to South Africa.”

The opening set of fixtures conclude with Ireland – who have been absent from just one of the last eight editions – taking on Jersey.

Ireland captain Neil Rock said, “The best part of playing cricket in Ireland is getting to play against your mates and people you know regularly because we do not have the same numbers playing the game as other countries.”

Meanwhile, a piece of national history is on the line for Jersey as they look to make their ICC U19 Cricket World Cup debut, a record that captain Harrison Carlyon is desperate to breach.

“Qualifying for the World Cup would mean everything to me and would be a fantastic achievement by the boys,” he said.

“We haven’t qualified before so obviously there is an added incentive which I think this group of players is really thriving on and would make it that extra bit special.It would also be fantastic because it would be a great chance for us to show how far Jersey Cricket has come and it would really raise our profile around the cricketing world," Carlyon added.