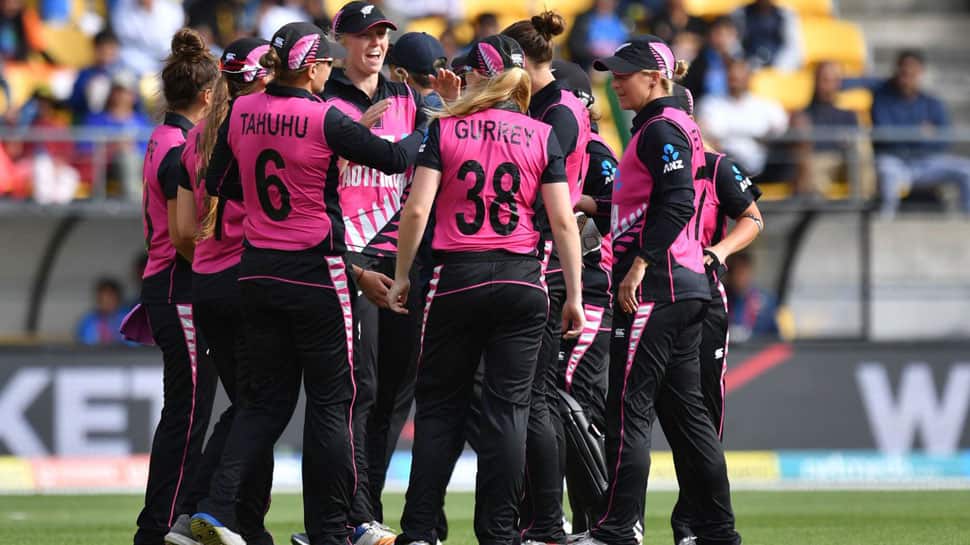 Smriti Mandhana remained an unstoppable juggernaut with a record-smashing half century but the Indian women's cricket team failed to make it count, going down by 23 runs in the opening T20 International against New Zealand on Wednesday.

Mandhana held the record for the fastest fifty by an Indian before the match and she bettered it by a ball during her 58-run knock at the WestPac Stadium. The 22-year-old faced 34 balls in all but reached the 50-mark off 24 deliveries.

However, New Zealand pacer Lea Tahuhu played a decisive role with three scalps off her four overs to derail India's pursuit of a 160-run target which was going smoothly till the time Mandhana was at the crease. India eventually folded for 136 in 19.1 overs.

"Obviously we didn't get the start we wanted but it was pretty good to come back and win. It's just about keeping calm," said Tahuhu, who was adjudged player of the match for her performance.

Harmanpreet, on the other hand, blamed India's loss on a poor batting effort, especially in the last 10 overs.

"I think the bowlers did really well as we expected. We didn't bat well in the last 10 overs. That is only area where we are always struggling," she pointed out.

Veteran Mithali Raj, who captains the Indian ODI side, was dropped from the match.

"We are looking to give chances to young girls, that is the only reason," said Harmanpreet when asked about Mithali's absence from the line-up and whether her experience would have come handy here.

The next game of the series is scheduled to be held in Auckland on Friday.

Mandhana and Jemiamah Rodrigues (39 off 33 balls) combined for a 102-run second-wicket stand that should have been a solid foundation for the rest of the line-up. But India collapsed in the face of an inspired performance by Lahuhu.

Harmanpreet (17 off 15 balls) played out a small cameo, including a massive six off Kerr, but couldn't steer the team home, failing to find any support at the other end.

Mandhana was her usual aggressive self and played another strokeful knock, studded with seven hits to the fence and three sixes. The 22-year-old is enjoying a stellar run of form and was recently adjudged as the ICC's woman cricketer of the year.

Earlier, opening batswoman Sophie Devine smashed a 48-ball 62 in an exciting innings to take New Zealand women to a challenging 159 for 4 from 20 overs after being put into bat.

Devine's aggressive innings was laced with six boundaries and two sixes. She and captain Amy Satterthwaite (33 off 27 balls) shared a 69-run stand for the third wicket to steer New Zealand out of trouble after a stuttering start.

Spinners Radha Yadav and Poonam Yadav dimissed Suzie Bates (7) and Caitlin Gurrey (15) cheaply to reduce the home side to 47 for 2 at the end of the seventh over. But the Indians failed to make further dents with Devine and Satterthwaite denying them any success for 8.3 overs.

Devine and Satterthwaite fell in the space of six deliveries off the bowling of Arundhati Reddy and Deepti Sharma in the 16th and 17th overs respectively but New Zealand still made a late flourish by scoring 38 runs from the final 3.3 overs.

Wicketkeeper Katey Martin remained not out on 27 from 14 balls as the home team scored 16 runs from the final over.

Martin hit a six off the second ball of the final over as well as from the last delivery of the innings.