Proteas supremacy has been built around a fierce fast-bowling attack and lively wickets, the opposite of the conditions they faced when they lost 0-2 in Sri Lanka last July. 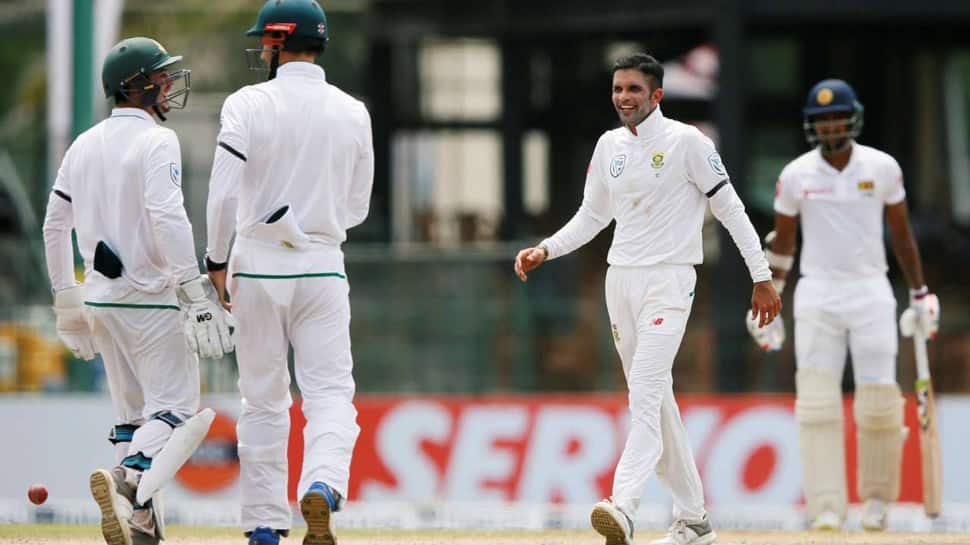 South Africa will be expected to continue their recent dominance over touring sides when they host ailing Sri Lanka in a two-match Test series starting at Kingsmead on Wednesday.

Their recent 3-0 sweep of Pakistan was South Africa's seventh successive home Test series victory, a run that included a triumph over number one ranked India and a 3-0 whitewash of the Sri Lankans on their last tour in the 2016/17 season.

Their supremacy has been built around a fierce fast-bowling attack and lively wickets, the opposite of the conditions they faced when they lost 0-2 in Sri Lanka last July.

Although the Kingsmead pitch is expected to be slower and take more turn than it has in the past, the Proteas will be overwhelming favourites against a Sri Lanka side that were well beaten in Australia last month and have not won a game in any format since October.

"Every series you play you want to be dominant and whitewash the opposition. Playing here, this should be our fortress. When people come here they should be on the back foot when they do take the field," he added.

Maharaj played the first Test against Pakistan but, was dropped for the next two as selectors went for an all-seam attack.

He may have more of a role to play in this series, which also includes a Test at St George's Park in Port Elizabeth, a wicket that traditionally takes turn.

"At Kingsmead it's not your swing and fast-bowling wicket that we were used to 10 or 15 years ago. The wicket will wear down and slow down significantly, I would say. I think it's just a patience game at Kingsmead now."

"It's a little bit slower than expected. But with the sun about, it may make the wicket harden up and get a little bit quicker than what we're used to as well," Maharaj added.

Sri Lanka have arrived in some disarray, having dropped experienced captain Dinesh Chandimal and with media reporting there are rifts between the board and coach Chandika Hathurusingha, who has been removed as an on-tour selector.

Whatever the nature of the wickets, Hathurusingha acknowledges that the series will depend on how his side handle South Africa's vaunted pace attack that includes Kagiso Rabada, Dale Steyn, Vernon Philander and Duanne Olivier.

"I'm relying on the players who have been with us. Dimuth Karunaratne is the captain, so he has to lead from the front,” Hathurusingha told ESPNCricinfo.com.

He's one of the best batters with Kusal Mendis. Him, Mendis and Niroshan Dickwella, who is in good form, have to stand up. Lahiru Thirimanne, who has come back into the team, has a lot of experience. I think we have to rely on experience on this tour. Those guys have to step up," Hathurusingha signed off.