Going into the T20 World Cup 2021, Team India will have the services of MS Dhoni as the former India skipper will act as a mentor. 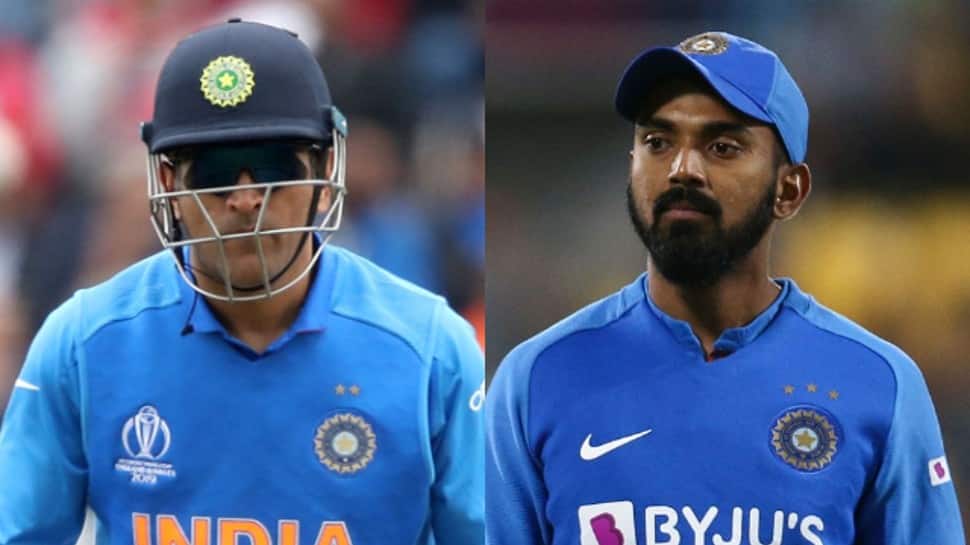 India batter KL Rahul on Tuesday said having MS Dhoni as a mentor for the ICC Men's T20 World Cup gives a sense of calmness and he is looking forward to picking the brains of the former Indian skipper on all things cricket.

India will open its campaign in the upcoming T20 World Cup against Pakistan on October 24 at the Dubai International Stadium. Virat Kohli's side will also have the services of MS Dhoni as the former India skipper will act as a mentor.

Dhoni had led the Chennai Super Kings (CSK) to their fourth IPL title this year after the Chennai-based franchise defeated Kolkata Knight Riders (KKR) in the summit clash.

"None of us are sure that IPL 2021 final was his last game. I do not think, I would love to see MS Dhoni play for a lot more years if he could. Yeah, it was great to see how CSK played in the tournament and they were the most deserving to win it. Obviously, MS Dhoni back with the team feels amazing because we have played under him and we have looked towards him as a mentor even when he was our captain," said Rahul during a Clubhouse session organised by Red Bull on Tuesday.

"We loved having him in the dressing room when he was the captain, we loved the calmness. We have all looked up to him to help us out, to have him here is amazing. This gives us a sense of calmness, I have enjoyed spending time with him in the first two to three days and it has been a lot of fun. Looking forward to chewing his brain about cricket, captaincy and all things cricket," he added.

Talking about the fitness of MS Dhoni, Rahul said: "I think Dhoni can give any of us stiff competition, he definitely is a guy who can hit the ball furthest, he is very strong and he is good between the wickets. He looks the fittest, it is good fun to have him."

"Very excited, obviously, World Cup is a big event and every player looks forward to it and every player is training all year round to play this tournament. The World Cup was supposed to be played last year, but it was pushed and it has given a lot more time to think about the best combination and try and get everything right and make a huge impact and win the tournament. 2019 World Cup semis loss did hurt the team a lot and hopefully, we can use that to push ourselves a lot more and try and win the tournament," said Rahul.