Twenty-nine-year-old Mohammad Rizwan battled serious health issues to slam a half-century at the ICC T20 World Cup semifinals against Australia. Even though Pakistan lost the match, Rizwan won hearts and India's VVS Laxman also hailed him for his commitment to his team and the game 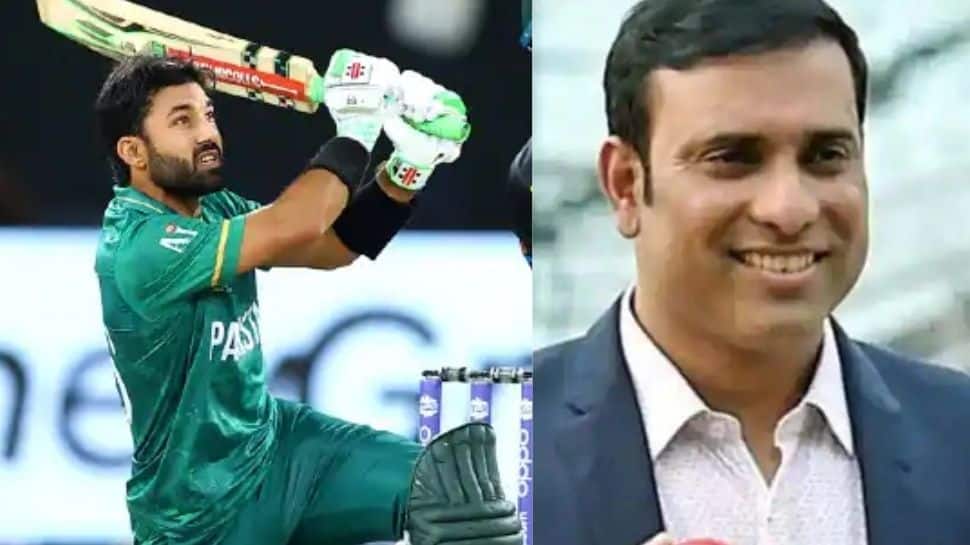 Dubai: Former Indian cricketer VVS Laxman on Friday paid tributes to Pakistan batter Mohammad Rizwan's commitment to the team at the ICC T20 World Cup here, saying that the opener was a great example of "courage and determination", after the 29-year-old battled serious health issues to slam a half-century in a losing cause on Thursday (November 11).

Not many would have known before Pakistan's semifinal clash against Australia that Rizwan had spent two nights in the Intensive Care Unit (ICU) of a hospital in Dubai after he developed a severe chest infection on November 9. But his commitment to the team, and the incredible recovery he made, saw him play one of the best knocks in the ICC T20 World Cup. The wicketkeeper-batter smashed a 52-ball 67 against the Kangaroos despite being not fully fit, even though the 2009 T20 World champions lost the semifinal by five wickets with an over remaining.

Laxman posted an image of Rizwan in the ICU with numerous sensors, drips and monitoring gadgets all over his body as he lay comatose two days before the semifinal clash. "A great example of courage, determination and resilience. Might not have ended up on the winning side, but Mohd. Rizwan`s grit and fight after being in ICU for two days, truly inspiring. Sport is a great teacher and there is so much to learn from everyone," tweeted the Indian cricketing great.

A great example of courage, determination and resilience. Might not have ended up on the winning side, but Mohd. Rizwan’s grit and fight after being in ICU for two days, truly inspiring. Sport is a great teacher and there is so much to learn from everyone. pic.twitter.com/O2PatLEuWJ

Pakistan cricket team doctor Najeeb Somroo had said during the post-match press conference that, "Mohammad Rizwan developed a severe chest infection on November 9 after which he was admitted to the hospital. He spent two nights in the ICU recovering. He made an incredible recovery and was deemed fit before the match. We can see his great determination and tenacity that shows his spirit of performing for the country. And we can see how he performed."

Who is Samiya Arzoo: Indian wife of Pakistan paceman Hasan Ali, know all about her HERE