The unbroken 163-run stand between Mendis and Fernando enabled Sri Lanka to become the first Asian team to win a Test series in South Africa and they had individual gains too. 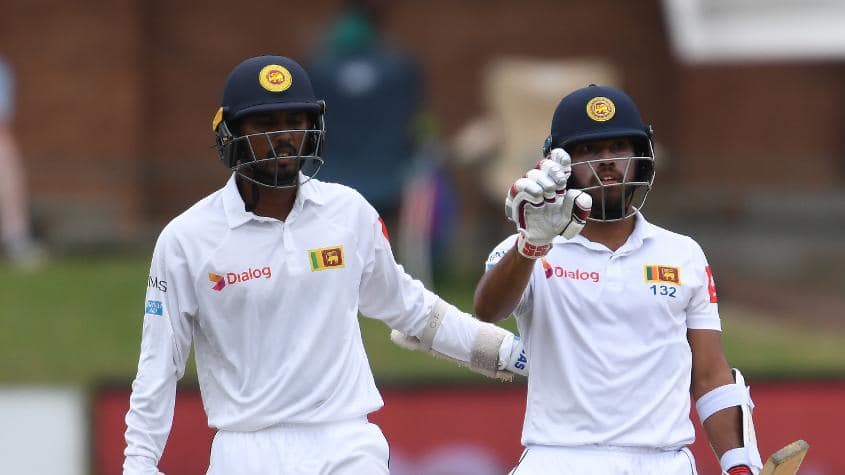 Sri Lanka batsmen Kusal Mendis and Oshada Fernando have made major gains in the International Cricket Council (ICC) Test Player Rankings after anchoring their side to a memorable eight-wicket win over Sri Lanka in the second T20I of the two-match series in Port Elizabeth that helped complete a historic 2-0 series triumph.

The unbroken 163-run stand from the pair enabled Sri Lanka to become the first Asian team to win a Test series in South Africa and they had individual gains too. An unbeaten 84 from Mendis lifted him to 18th among batsmen while Fernando’s 75 not out helped him jump 35 places and reach 65th position in the list after just two Tests.

Niroshan Dickwella is another Sri Lanka batsman to make a notable improvement in the latest rankings update, moving up eight slots to reach 37th place with his first innings knock of 42 while left-handed opener Lahiru Tharimanne finds himself in the top 100.

Among their bowlers, Suranga Lakmal (up three places to 30th) and Vishwa Fernando (up six places to a career-best 43rd) have advanced after taking four wickets each in the second Test while Kasun Rajitha’s five wickets in the match have helped him move up eight places to 51st position.

The bright spot for South Africa is the continued progress of fast bowler Duanne Olivier, who has moved into the top 20 after only 10 Tests. The 26-year-old’s four wickets in the match have helped him gain three slots to reach 19th position in the list, which has two others fast bowlers from his team ahead of him – Kagiso Rabada in third place and Vernon Philander in fourth.

Meanwhile, South Africa have slipped to third place in the ICC Test Team Rankings, losing five points and finishing at 105 after losing both Tests to their lower-ranked opposition. Sri Lanka remain in sixth place, but have moved up to 93 points.

New Zealand are second with 107 points and will need to win an upcoming three-match Test home series against Bangladesh, starting Thursday, in order to retain second place.