Current Indian bowling attack is the best in the world: Tim Paine

India won the first and third Tests in Adelaide and Melbourne while Australia emerged victorious in the second match in Perth. 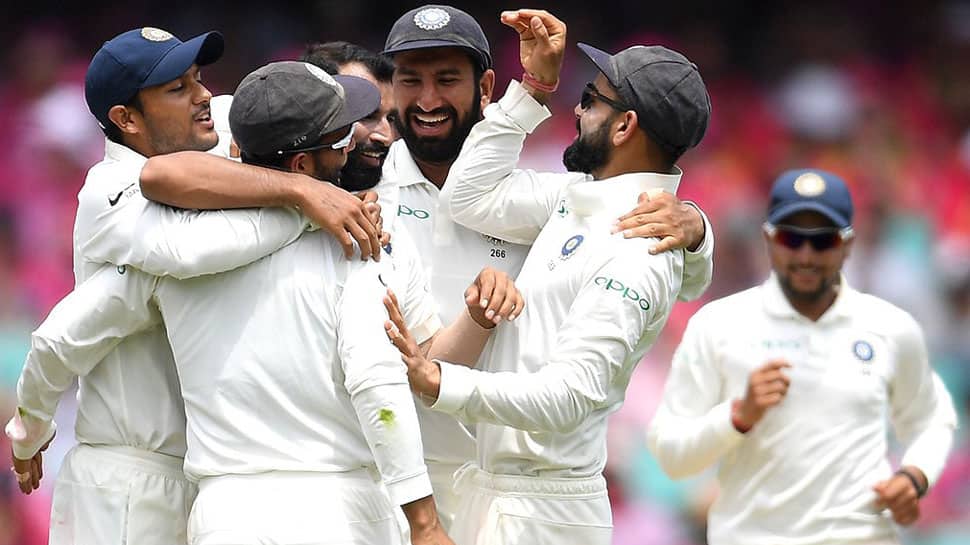 Australian captain Tim Paine on Monday conceded that the current Indian bowling attack was the best in the world and their relentless pressure on his side's batsmen was a key factor in the visiting team's maiden Test series win on Australian soil.

"This (Indian) attack was seriously good, I don't think in Australia we have given them enough credit for how relentless they are. The three quicks bowled pretty good pace, they are relentless in pressure," Paine said after the fourth and final Test at the SCG ended in a draw for India to clinch the series 2-1.

"So, it was hard work batting against their attack for seasoned Test players. For Marcus (Harris) and Travis (Head) to show that they have got the game to make runs against the best attack in the world is a real positive," he said, while talking about his batsmen who had performed reasonably.

India won the first and third Tests in Adelaide and Melbourne while Australia emerged victorious in the second match in Perth. The fourth Test ended in a draw after the fifth day's play was abandoned due to inclement weather on Monday.

Paine said that the Adelaide Test could have gone in his side's favour also and India won crucial moments thereafter in the series.

"The Adelaide Test, we honestly feel that we let that Test slip. We thought we had a number of opportunities during that Test to go well ahead and when those key moments came up India outplayed us to be honest. Looking back now, if we had won that Test, win Perth, outplayed in Melbourne, then a washout (in Sydney), it could have been 2-1 the other way," he said.

"It's funny, in a big series of four Tests you go back to a couple of key moments in the very first Test where we let ourselves down, or India outplayed us, and you get to the end of the series and it's really hard to take," added the wicketkeeper.

He said he was really disappointed to lose the Test series and the team felt the absence of a few players (banned Steve Smith and David Warner).

"Coming into the series, we honestly felt in Australia we could beat India. But throughout the series, more often than not, when those big moments came up, Virat has scored runs, Pujara has scored runs, Bumrah has bowled a great spell and we could not quite get through those moments. That's how you win Test matches. That's why India won this series," said Paine.

"Their best players stood up in the big moments or when they were falling behind in a game, one of their good players dragged them back into contest, or when they were in front of the game they put us out of the game like they did in Sydney and Melbourne. We can learn a lot from the way they went about it," he added.

Australia finished this series without a single hundred in four Tests. Paine said senior batsmen like Usman Khawaja and Shaun Marsh did not make their presence felt, even though he just stopped short of blaming them for the team's failure.

"I don't think it was just those two, I think everyone in our top seven did not play as well as we would have liked. Travis was our leading run-scorer and Marcus showed in most innings that he could make it at this level. We have got some positives there."

"The rest of us did not score enough runs, so to put that on Khawaja and Marsh is probably a little bit harsh. Both of those players we know are absolute class, we know they can score a lot of runs. We have faith in them going forward," he added.

Australia have Sri Lanka as their next Test opponents before they can fully turn attention towards the World Cup in England. Paine said that the bowling combination did not need any change, but was impressed with the way India were able to change their team as per conditions and opposition.

"All the bowlers are fully fit. Our bowlers at times bowled really well, at times they did not. Sometimes that was due to the pressure they were put under by Indian batsmen. The group of bowlers we have in this team have been fantastic for quite a while now. They did not have their absolute best series but it's not easy at this level and that can happen."

"It's ideal if you have a team where you can keep going with the same XI, but at the moment Australia probably need to chop and change occasionally to get the best combination of players. I think India do that really well, what helps with that is having great depth and they certainly have that at the moment," he signed off.