'This is killing me right now': Faf du Plessis' wife on her husband's condition after scary clash in PSL 2021 match 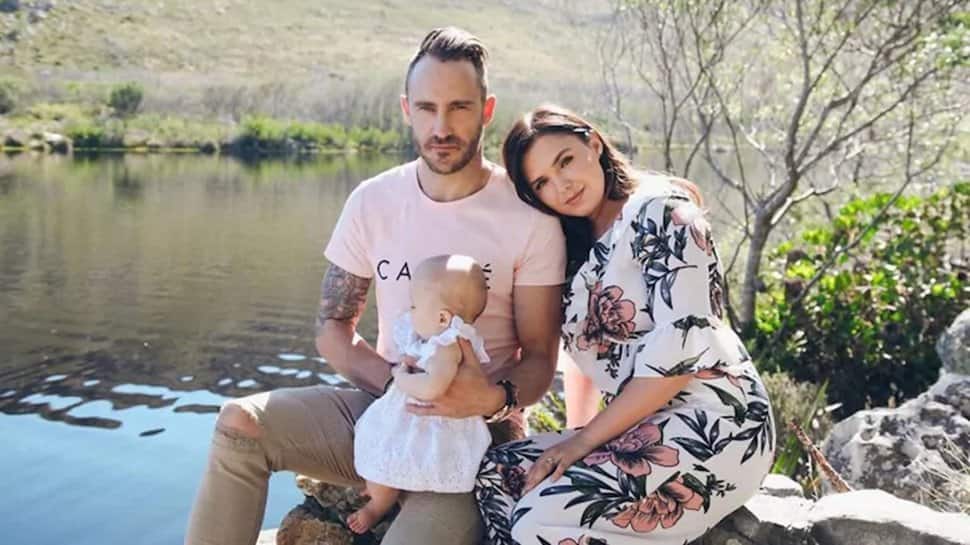 The incident took place while Du Plessis, who plays for the Gladiators, was fielding and in an attempt to save a boundary collided with his teammate Mohammad Hasnain. The impact of the collision was so heavy that the Proteas cricketer had to be rushed to the hospital, and later TV replays confirmed that the 36-year-old ran into Hasnain's knee.

BREAKING - Faf du Plessis has been sent to hospital for a check-up after he collided with Mohammad Hasnain while fielding in PSL game.#FafduPlessis #PSL pic.twitter.com/QGMnvCCPG6

After the incident, Du Plessis laid down on the ground as medical assistance came rushing for the star batsman. Du Plessis then was subsequently removed from the contest and Saim Ayub replaced the South African as a concussion substitute.

Meanwhile, Du Plessis' wife Immari Visser, who has been left heart-broken with the incident, took to Instagram and wrote: "This is killing me right now. Surely he should be checked in hospital?" Faf and Imari have been married since November 2013, which had AB de Villiers, Graeme Smith and Dale Steyn in their wedding guest list. The couple also have two kids, Amelie and Zoey.

As per latest reports, Du Plessis has returned to the team-hotel after the medical scans.

What happened in the match?

Peshawar rode on quickfire half-centuries from South African middle-order batsman David Miller 73 (46), and, veteran Pakistan wicket-keeper batsman Kamran Akmal 59 (37) respectively, to post a challenging total of 197/5 in their 20 overs after being asked to bat.

In response, Quetta could only manage 136/9 from their allotted quota of 20 overs and endured a tough 61-run defeat.