The report said that Shannon Tubb, who is married to Tim Paine’s sister, after leaving Cricket Tasmania was appointed coach of the first XI at Adelaide’s Prince Alfred College. 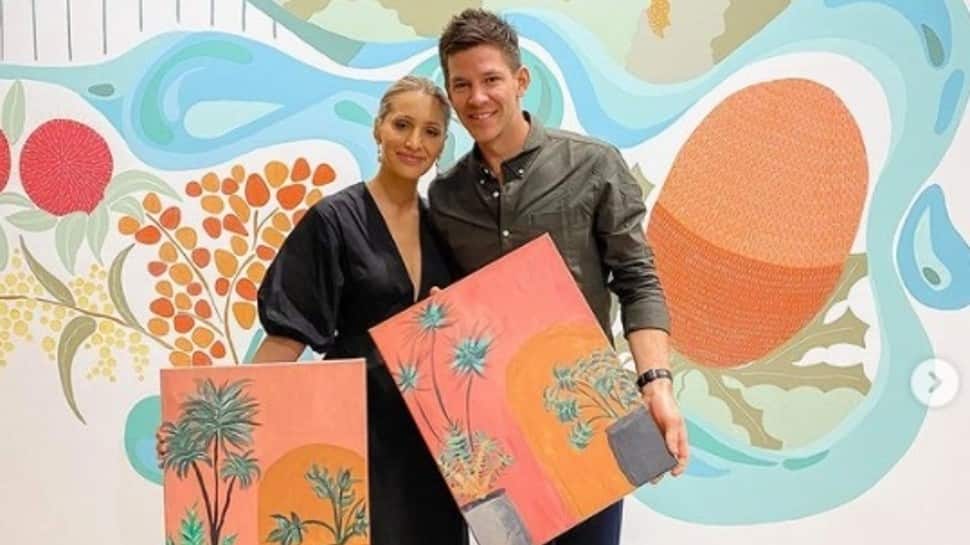 The report said that Tubb, who is married to Paine’s sister, after leaving Cricket Tasmania was appointed coach of the first XI at Adelaide’s Prince Alfred College. “In August, an NT News article suggested Tubb was involved with the Cricket Australia XI in a development role,” foxsports.com.au said.

The report said that CT’s probe into Tubb’s text messages took place around the same time in mid-2018 when Cricket Australia had launched an inquiry into Paine’s message controversy. According to Herald Sun, when Tubb was contacted for response, he said, “There’s no comment on that at all mate, I’m sorry.”

With barely three weeks for the Ashes series to start, Paine relinquished Australia’s Test captaincy in a bombshell announcement on November 19, which has shaken the Australian cricket establishment to the core.

In a hurriedly-organised press conference in Hobart, a tearful Paine, who was recovering from an invasive neck surgery and was looking forward to the Ashes, announced he was quitting after a sexting scandal was reportedly unearthed.

Test vice-captain Pat Cummins looks set to become the first pace bowler to lead the Test side in 65 years.

Meanwhile, according to Sydney Morning Herald, representatives of CA were also handed a printed copy of the text messages and images by a representative of the former staffer in January 2019. “CA has confirmed to The Age and The Sydney Morning Herald that the staffer contacted the governing body multiple times in the second half of 2018, requesting an apology from Paine and money to cover her legal costs in an ongoing dispute with Cricket Tasmania,” the report said.

The emails sent by the staffer to CA were addressed to Christine Harman, the organisation`s head of legal affairs, and shared with a select group of senior staff at the time.

“In Harman’s response in early November, the request was declined on the basis that it was a dispute between the staffer and two employees of Cricket Tasmania, as Paine was not a CA contracted player at the time of the text exchanges in November 2017 on the night before and the morning of the first Test of that summer’s Ashes series.

“However, as he was not only CA contracted but also the captain of the national team when the exchanges were brought to CA’s attention in May 2018, Paine was subject to parallel investigations by CA’s integrity unit and also Cricket Tasmania,” it said.

A CA integrity investigation of the matter concluded in May 2018 that the 36-year-old had not transgressed in a manner that would bring a charge under its code of conduct.

India vs New Zealand 2021: Skipper Rohit Sharma says ‘room for improvement’ is there after T20 whitewash