Indian cricket team's bowling coach Bharat Arun said on Sunday (7 November) that the major reason for India to lose the first two matches was the toss as the team which wins the toss, especially in conditions at Dubai, gets a big, undue advantange. 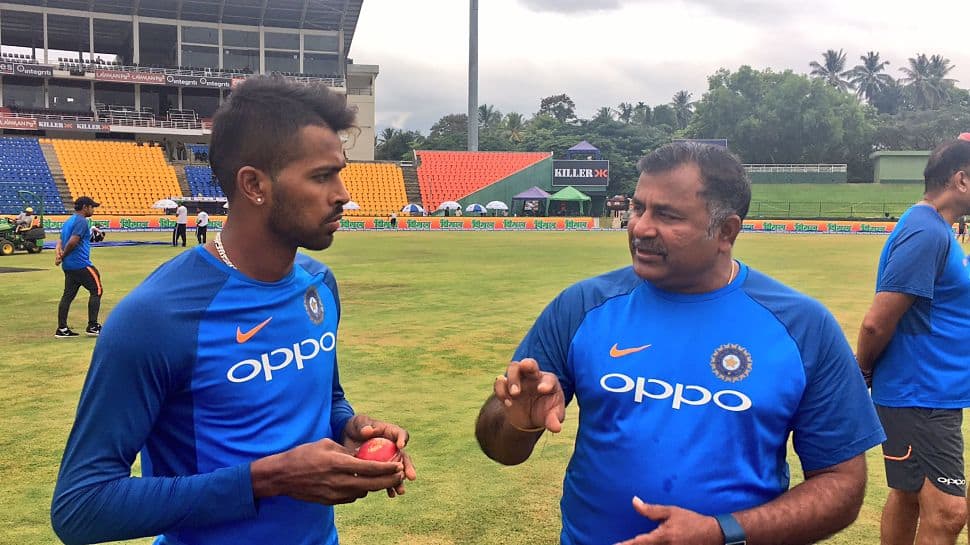 Indian cricket team's bowling coach Bharat Arun said on Sunday (7 November) that the major reason for India to lose the first two matches was the toss as the team which wins the toss, especially in conditions at Dubai, gets a big, undue advantange.

This is the first time anyone from Indian team management has spoken so openly about the difference the toss has made in the World Cup.

Speaking in the pre-match press conference ahead of the India vs Namibia match, Bharat said, "I am not trying to give any excuses but I think in this World Cup the trend has been the team that wins the toss has a big advantage especially when you are in playing in Dubai. The wicket kind of eases out when you come out to bowl the second time. These are no excuses. We should have done better, we should have batted better. In the first match, we had the chance to defend a good total, but we looked a little below par."

The two games India lost against Pakistan and New Zealand were played in Dubai.

He added that in a format like T20 the toss should not play this big a role. There has been a big difference in batting in the first and second innings in UAE througout this World Cup, pointed out India's bowling coach.

He said, "The toss should not be of any consequence. But here, the toss gives a very undue advantage. And that's the reason why there is a huge change while batting in first innings and second innings. That should not the case in a very short format."

'Break between IPL and World Cup would have helped players'

Bharat also said that what the Indian team has done in last six months, that is playing consistently in this period, is no mean feat and is not very easy. Getting a break between the IPL and World Cup could have done a lot of good to the Indian players, said the coach, whose stint with the Indian team comes to an end with the end of India's campaign in this tournament.

He said, "They have been on the road for six months is a huge task. It is a huge ask. They had a short break after the last IPL and they are in a bubble for the last six months. I think that takes a huge toll. Maybe a short break between IPL and World Cup could have done a lot of good for these boys."

India have been travelling from one bubble to the other, and many experts have pointed out that India needs to now field different teams for different formats and Bharat finds that is the right way to go as India might play continuous cricket for the coming one or two years.

He said, "Not just the quantity of cricket our team is playing but also remaining in the bubble and playing is not very easy. They do need sufficient breaks. Even the mental health is going to be very important going forward. This is going to be the norm for us at least for next one or two years.

"It is very important that in our country we have a pool of fast bowlers. There is enough talent in our country. So we can afford to field different teams for different formats. That way we not only get to understand the different talent that is in our country but also it keeps our bowlers mentally and physically very, very fresh."