A comprehensive 10-wicket win over Oman in their final game helped the UAE qualify for the mega event. 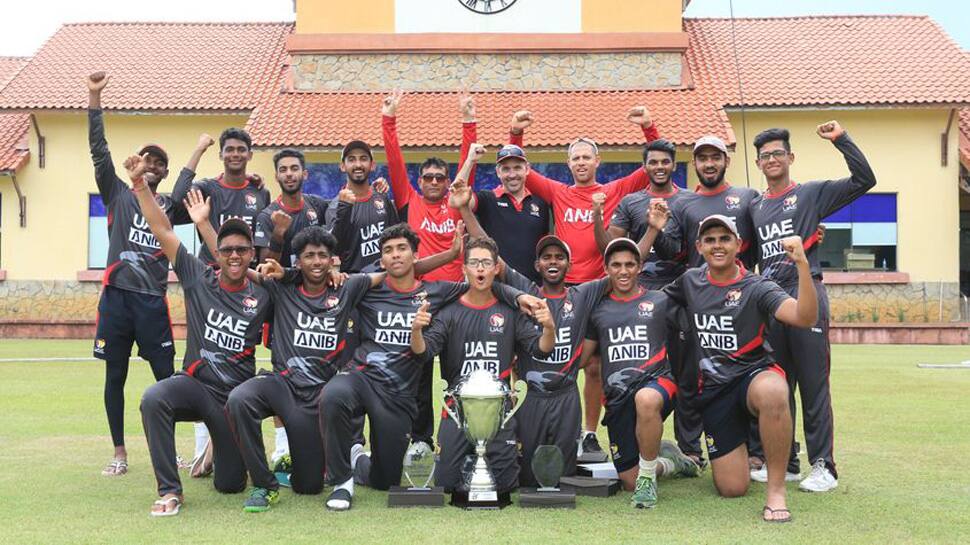 The United Arab Emirates (UAE) have qualified for the International Cricket Council (ICC) Under-19 World Cup to be held in South Africa in 2020 by winning the ICC Asia U-19 World Cup qualifier in Kuala Lumpur.

A comprehensive 10-wicket win over Oman in their final game helped the UAE clinch the top spot in the standings and qualify for the mega event, while Nepal, despite a win against Kuwait, had to be content with second place at the ICC Under 19 Cricket World Cup Asia Qualifier Division 1.

Opting to bat first, Oman lost the first wicket of Mohammed Sameer in the second ball of the innings, bowled by Akasha Tahir for 0. They proceeded cautiously, but UAE struck at regular intervals to bowl them out for 105 in the 44th over.

J Biju was the top scorer with 37 off 72 balls, and was the last wicket to fall, caught by Farazuddin off Tahir.

It took openers Lakra and Syed Haider just 12.1 overs to bring the match to a close, sealing a comprehensive 10-wicket win. Haider smashed 56 off 28 balls while Lakra had 51 off 45 against his name.

Nepal, on the other hand, elected to field first, putting Kuwait’s top batsmen to the test.

In-form Meet Bhavsar was the first to exit at 2.5 over for 10 runs, bowled by Rashid Khan.

With the main player out, the remaining batsmen stepped up to the plate. Noman Budroo held out for 70 runs off 120, eventually run out by wicket-keeper Aasif Sheikh.

Gokul Kumar also contributed a good 36 runs off 66 balls before he was bowled by Surya Tamang. Kuwait managed 157 runs in 49.4 overs.

Nepal's innings started with Rit Gautam and Pawan Sarraf facing bowler Hamza Qureshi. After a slow start, they were 21/0 in five overs, with the sixth being a maiden. The action started in the 10th over when Sarraf knocked four consecutive fours, quickly escalating the score to 48.

Noman Budroo slowed the scoring, but Sarraf and Gautam remained in partnership until 19.2 overs, when Sarraf was caught by Hamoud Amanullah off Abdul Sadiq for 53 to break the first-wicket stand at 93.

Gautam too fell, lbw to Amanullah after a half-century, but Nepal were on course. Aasif Sheikh struck a brisk 33 in 20 balls, with five fours and a six, the last boundary bringing up an eight-wicket victory in 28 overs.

Gautam was declared Player of the Match for his 62 runs.

AB de Villiers has a new nickname for Virat Kohli