For Kohli, the first Test series win in Australia is unlikely to be his greatest achievement as a captain. 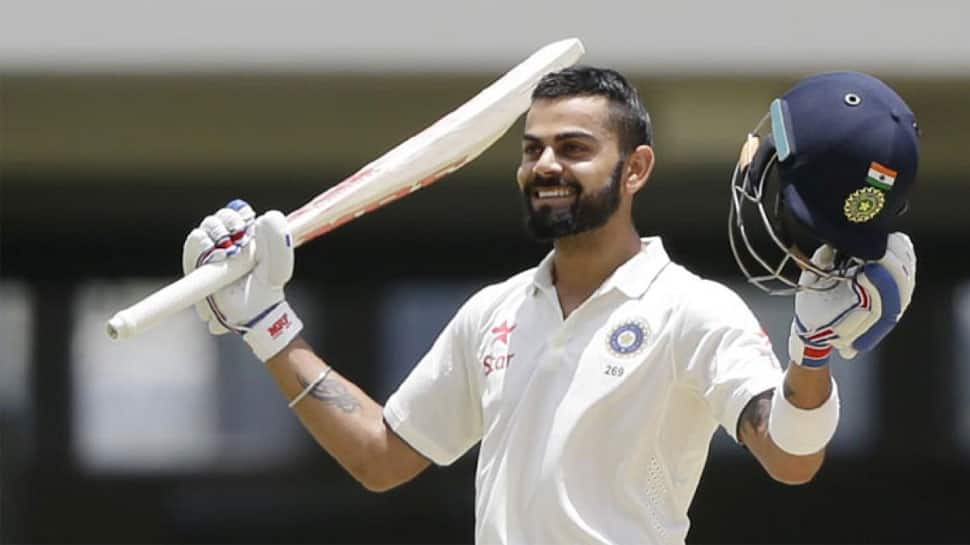 Even as history beckons Virat Kohli's team in the form of a possible first-ever Test series win in Australia, the master batsman says he is "honestly" not bothered about the milestone. The Indian captain, currently the world's top-ranked Test and One Day International batsman, has led his team into the pole position by taking a 2-1 lead in the four-match Test series before the final match against Tim Paine-led Australia, which starts at the Sydney Cricket Ground on Thursday.

"If you ask me very honestly, no! The reason why we want to win this Test is that as cricketers we understand how difficult it is to come here and play. Every team that comes here wants to win. What's gone is not in our control and what will come is not something we need to think. We need to stay in the present. The motivation has never been to change history," Kohli replied on Wednesday when asked if he was thinking about making history as no Indian team ever had won a Test series in Australia.

For Kohli, the first Test series win in Australia is unlikely to be his greatest achievement as a captain. According to him, Indian players have come up with a number of superlative individual performances during the past tours in Australia, but the team has never been able to win a series and that is what matters at the end of every tour.

"Well, I don't know because it has been only four years. If it happens it will be great. I have come here the third time on tour and I understand how difficult it is to win here. (It's) not only your own performance as you can put in your best as an individual but to win as a team has been one of the greatest challenges here. Individual performances are something that honestly you don't even remember from the last tour. Winning is the most important thing at the end of the day. You might have your name up on the honours board but if your team does not win, it does not really matter. Ya, till now it will be a big, big series win, not just for me but for the whole team because this is the place where we started our transition, this particular venue if when MS (Dhoni) gave up captaincy and we had a totally young side starting at number 6 or 7 in the world. We come back here as the No. 1 Test side in the world and we want to take that legacy forward, and play the kind of cricket we played in this series," Kohli added.

While giving out details of the fitness issues Team India faces before the Sydney match, Kohli hoped that off-spinner Ravichandran Ashwin would recover soon while adding that his own back spasm was nothing serious. "On my personal fitness concern, I have this issue since 2011. I have been able to manage this because of the effort I have put on in the last few years. When you have a back which has disc issues, then you can only maintain it that way. So I am not too bothered. When the workload gets too high, it can get into a spasm. You don't get into serious issues, you get fine in 2-3 days but at that point in time, you get into a spasm kind of thing which is very easy to heal. So I am not too concerned," the master batsman said.

India on Wednesday named its 13-man squad for the final Test against Australia with pacer Umesh Yadav replacing Ishant Sharma. The decision on Ashwin will be taken on the morning of the Sydney Test.

Revealing that he does not make any New Year resolutions, Kohli added that his team will play the Sydney match just like it has played in the series so far. "We will continue to give our best in 2019 too. We are treating this as a one-off test and we will like to play like MCG."

"Resolution? Nothing really. I think every day can be New Year's Eve if you want it to be. I personally don't see these things as very special. You can start working now, every day is an opportunity. For me it is being able to contribute to the team, being able to stay at the top of my game physically and mentally, and just help the team any way possible. That's something that gives me a lot of satisfaction as a cricketer. I am not talking about as a captain. To go out in the field and give 110 per cent every ball, something that gives me a lot of satisfaction at the end of the day," he elaborated.

Kohli's team has already secured the Border-Gavaskar Trophy after winning the first Test at Adelaide by 31 runs and the third match in Melbourne by 137 runs. Australia had emerged victorious in the second match at Perth by 146 runs.