Virat Kohli has achieved success in all formats of the game due to his aggressive approach and involvement in the game and the outgoing India captain said the intensity will not drop even when he is not leading the side. 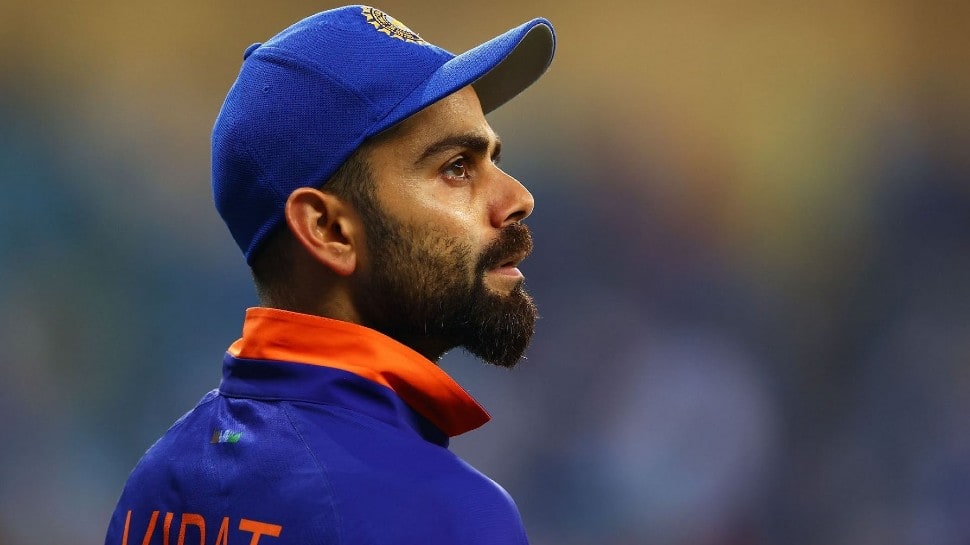 He will not be leading the side as captain in T20I cricket but outgoing India skipper Virat Kohli promised to be as aggressive and as involved in decision-making in the field as earlier despite representing the country in the shortest format of the game only as a batsman.

Kohli on Monday led India to a nine-wicket victory over Namibia in his final T20I game as Team India skipper as his team made an early exit from the ICC men's T20 World Cup, failing to reach the semi-finals after slumping to demoralizing defeats to Pakistan and New Zealand in their first two matches of the Super 12 stage.

Kohli has achieved success in all formats of the game due to his aggressive approach and involvement in the game and the outgoing India captain said the intensity will not drop even when he is not leading the side.

"That's never going to change. If I can't do that I will not play anymore. Even when I wasn't captain before I was always keen to see where the game is going. I'm not going to stand around and do nothing," Kohli said during the presentation ceremony after India's facile nine-wicket win in their last match at the T20 World Cup.

"Now it's time for the next lot to take this team forward."

Virat Kohli reflects back on his tenure as the skipper of the Indian team in the shortest format. #T20WorldCup #INDvNAM https://t.co/4Bs1nefTIW

On winning his last match, Kohli said he felt a sense of relief and added that this was the right time to quit captaincy so that he can manage his workload properly.

"As I said it's been an honour, but things have to be kept in the right perspective. This was the right time for me to manage my workload. It's been six-seven years of intense cricket every time we take the field and it takes a lot out of you. It's been great fun, great bunch of guys and we've really performed well as a team," Kohli said.

About the T20 World Cup, Kohli again said that they were not brave enough in the first two matches.

"I know we have not gone far in this World Cup, but we have had some good results in T20 and enjoyed playing together. It's a game of margins, T20 cricket. You talk about two overs of cricket with intent in the first two games and things could have been different. We were not brave enough as I said. We are not a team that will give the excuse of tosses," he added.

"Big thank you to all those guys, they've done a tremendous job all these years keeping the group together. Great environment with them around, they were an extended part of our bigger family. They've contributed immensely to Indian cricket as well. A big thank you to all of them from all of us."

In his last match, Kohli instead of batting at his usual No 3 spot, promoted Suryakumar Yadav to spend some time in the middle. "Surya didn't get much time, it's a T20 World Cup and I thought it might be a nice memory for him to take back. As a youngster you want to take back some good memories from a World Cup," said Kohli.