While there have been a few incidents of sledging from both sides, some incidents of the players giving send-offs have also been witnessed. 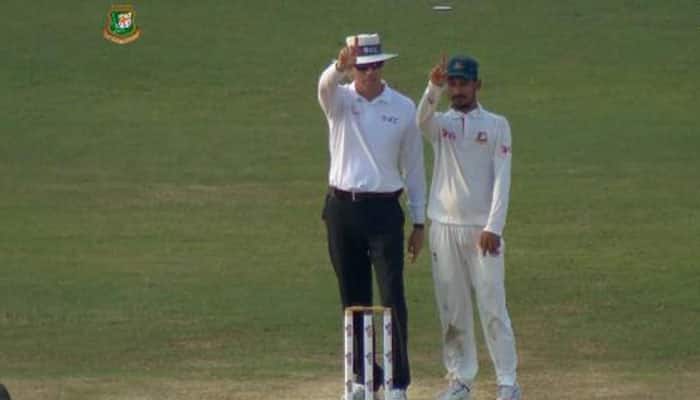 Bangladesh have been putting some exquisite performances home, one of the most memorable ones would surely be their victory in the first test against the Aussies in the current series.

While there have been a few incidents of sledging from both sides, some incidents of the players giving send-offs have also been witnessed.

In the second Test, one of such incidents took place when Nasir Hossain imitated umpire Nigel Llong's action to give Pat Cummins LBW out.

Cummins did not offer any shot after the ball was pitched flat and wide outside off. A lot of spin was witnessed and the ball struck Cummins well outside off. The umpire turned down the appeal, forcing Mushfiqur Rahim to make use of the DRS.

There was one green - impact and two reds (hitting off stump), which forced the third umpire to overturn the on-field umpire's decision.

As Llong started to raise his finger to signal out, Hossain started imitating him.

After claiming a win in the opening Test, the hosts didn't put up a performance of equal level in the second Test and are presently on brink of losing the match.

The Aussies only have to chase 86 runs in their second innings and presently stand 29/1 after 6 overs.