Referring to speculations that “India’s campaign” will end against New Zealand, Shoaib Akhtar said that such probability was very little unless India played “really bad” in the match. 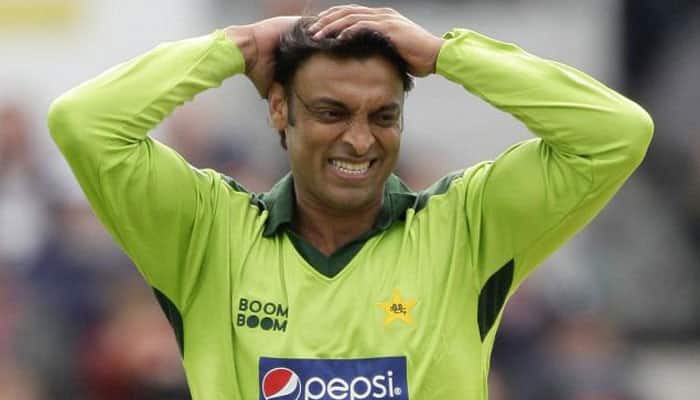 Former Pakistani pacer and YouTube sensation Shoaib Akhtar has equated the India vs New Zealand semi-final match at ICC World Cup 2019 with a Chelsea vs Manchester United clash. According to the legendary cricketer, the enthusiasm in Manchester’s Old Trafford is the same as that during a game of football between Chelsea and Manchester United.

Akhtar said that while the Black Caps, led by Kane Williamson, would put their best foot forward, it is unlikely that they would succeed in halting the juggernaut of Virat Kohli-led Team India. “India will not spare New Zealand,” he said.

The former pacer said that though New Zealand have often qualified for semi-finals and final of World Cup tournaments, they have failed to life the trophy, adding, “New Zealand players are always under some kind of pressure when they play against India or Pakistan.”

Referring to speculations that “India’s campaign” will end at Old Trafford on July 9, Akhtar said that such probability was very little unless India played “really bad” in the match.

“Many are saying that India's campaign will end at Old Trafford, but I feel India has a chance, unless it plays really bad. India is a matured side with a matured captain…they are at ease, under no pressure, enjoying the ground and the game,” said the former Pakistani cricketer.

He said that the key for India would once again by opener Rohit Sharma, citing his excellent form during the ongoing edition of World Cup. “Rohit Sharma is going to be the key once again, he is scoring at will.”

Akhtar further said that Indian skipper Virat Kohli was also in great form, adding that Rishabh Pant’s arrival will only made the Men in Blue stronger.

From New Zealand, the players who need to be watched out for are Martin Guptill and Ross Taylor.

The legendary pacer said that he wants “India to cruise through from here”. For Akhtar, a final between India and England will be the best showstopper for ICC World Cup 2019.

ICC World Cup 2019: Kiwis of Indian origin divided over which team to support