'We were just not brave enough': Virat Kohli after India's 'bizarre' loss against New Zealand

"I think we`ll be fine. There`s a lot of cricket in this tournament," Kohli said after India slumped to fifth place in Group II after their second successive defeat. 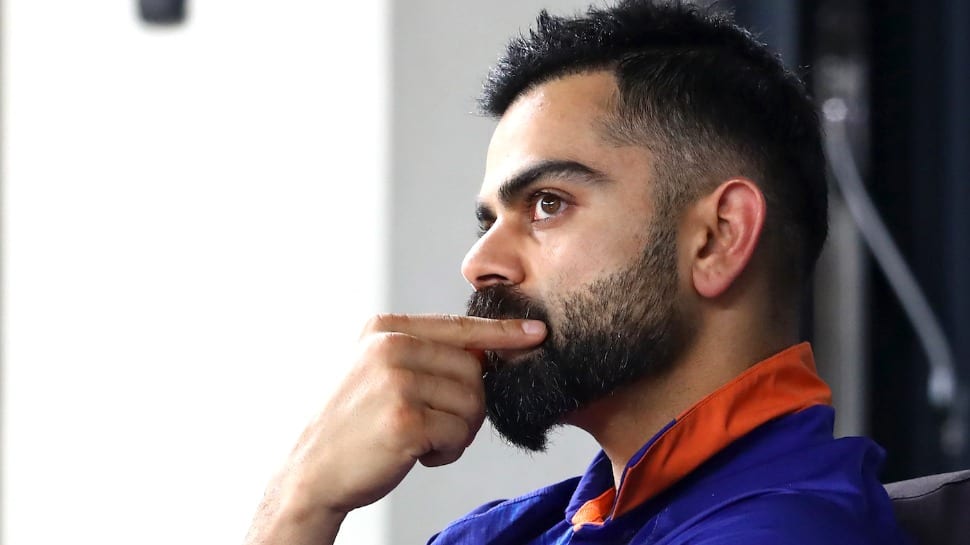 DUBAI: India captain Virat Kohli blamed his team`s timid approach for their "bizarre" defeat in Sunday`s Twenty20 World Cup match against New Zealand but has not given up hopes of making the semi-finals of the tournament.

India slumped to fifth place in Group II after their second successive defeat in the Super 12 stage and even winning the remaining three matches would not guarantee a place in the last four.

"Quite bizarre," a dejected Kohli said after New Zealand thrashed them by eight wickets at the Dubai International Stadium.

New Zealand win the game, but #TeamIndia will look to make amends in their next match of the #T20WorldCup. #INDvNZ

"I thought we were to be very brutal upfront. I don`t think we were brave enough with the bat or ball."

Put into bat, India managed a below-par 110-7, and New Zealand romped home with 33 balls to spare losing only two wickets.

"With the ball obviously we didn`t have much to play with. But we were just not brave enough in our body language when we entered the field," Kohli said.

"New Zealand had that intensity in their body language and they created pressure on us from the first over onwards and continued that through the innings."

India rejigged their top order for the match with Ishan Kishan joining KL Rahul in a left-right opening combination, while Rohit Sharma dropped to number three.

India still slumped to 48-4 in the 11th over and could never really recover from there.

Not the result we wanted, but we will look to bounce back in the matches ahead. #TeamIndia #T20WorldCup #INDvNZ pic.twitter.com/A61JjoITe1

"Every time we felt like we want to take a chance, we lost a wicket," Kohli, who managed nine, said.

"That happens in T20 cricket but that`s most often the result of hesitation with the bat when you feel like should you go for the short or no."

Kohli will step down as India`s 20-overs captain after the tournament and the 32-year-old said he was still optimistic of their chances.

"There`s only one way to play T20 cricket -- you have to be optimistic, you have to be positive, and take calculated risks. That`s what this format is all about."

"I think we`ll be fine. There`s a lot of cricket in this tournament and something that we all must look forward to.

Things are getting pretty interesting

Which two sides will qualify from Group 2? #T20WorldCup pic.twitter.com/2OYclixJDt

"Certainly the team must look forward to and go with a positive frame of mind," Kohli added.

While India`s batting has not clicked in the tournament, their bowling unit has done hardly any better managing two wickets from two matches.