ICC World Cup 2019: West Indies vs Pakistan: As it Happened

West Indies defeated Pakistan by seven wickets in the second match of the ICC Cricket World Cup 2019 at Trent Bridge, Nottingham on Friday.

Jason Holder-led West Indies defeated Pakistan by seven wickets in the second match of the ICC Cricket World Cup 2019 at Trent Bridge, Nottingham on Friday. Chris Gayle was the leading run-scorer for the Windies, smashing a half-century off 34 deliveries to help ensure victory. Muhammad Amir was the pick of the bowlers for Pakistan accounting for three wickets while conceding 26 runs. (Match Report: Pakistan vs West Indies World Cup clash)

Earlier, the Windies restricted Pakistan to a score of 105 after opting to field. Oshane Thomas was the highest wicket-taker for the Windies with a four-wicket haul. Skipper Jason Holder and Andre Russell provided quality support at the other end, accounting for three and two wickets respectively.

Oshane Thomas was named as the man of the match for his game-changing spell.

Here are the highlights from the second match of the tournament between West Indies and Pakistan:

# The West Indies clinch victory by a margin of seven wickets against Pakistan in the second match of the ICC World Cup 2019 in 13.4 overs as Nicholas Pooran smashes a six and a four off the second and fourth deliveries of the over.

# Wahab Riaz to bowl his third over of the innings!

# Just five runs from the over following the completion of two doubles off the first and fourth deliveries of the over, as well as a single off the fifth delivery. Windies 96/3 (13 overs)

# Hassan Ali to bowl his fourth over of the bowling spell!

# 14 runs from the over, as Nicholas Pooran smashes a six and a boundary off the third and fourth deliveries of the over, with the Windies close to victory at this stage. Windies 91/3 (12 overs)

# Wahab Riaz to bowl his third over!

# Shimron Hetmyer is the next batsman in!

# Wicket! Chris Gayle departs for 50 runs off 33 deliveries in an innings comprising of six boundaries and three sixes as he top-edges a short ball by Amir, which Shadab Khan completes without any mistakes. Windies 77/3 (10.5 overs)

# Muhammad Amir to bowl his sixth over!

# 15 runs from Riaz's second over following a maiden off his first over as Chris Gayle smashed a six and two boundaries off the first three deliveries of the over, to get the Windies close to victory. Windies 71/2 (10 overs)

# Wahab Riaz to bowl his second over!

# Windies 56/2 (9 overs) with eight runs from the over as Pooran hits the ball through mid-wicket for a boundary.

# Muhammad Amir to bowl his fifth over of the bowling spell!

# Wahab Riaz into the attack!

# Nicholas Pooran is the next batsman in!

# Wicket! Darren Bravo departs for 0 off four deliveries as he edges a back of length delivery bowled with extra bounce to Babar Azam at slips. Windies 46/2 (6.2 overs)

# Muhammad Amir to continue with the ball!

# 8 runs from the over following two boundaries by Chris Gayle off the second and final delivery of the over, between first slip and short third man and over mid-wicket. Windies 46/1 (6 overs)

# Hassan Ali to bowl his third over!

# Darren Bravo is the next batsman in!

# Wicket! Shai Hope departs for 11 runs off 17 deliveries as he attempts to go for a big shot off a swinging, short of length delivery. Windies 36/1 (4.3 overs)

# Mohammad Amir to bowl his third over!

# 16 runs from the over, as Chris Gayle smashes two consecutive sixes straight down the ground and over wide long-on accompanied with two singles and a double. Windies 32/0 (4 overs)

# Hasan Ali to bowl his second over!

# Muhammad Amir to bowl his second over of the innings!

# 11 runs off the over as Chris Gayle hits two consecutive boundaries off the fourth and fifth deliveries of the over. Windies 12/0 (2 overs)

# Hassan Ali to share the new ball at the other end!

# Just two runs off the opening over by Muhammad Amir as Chris Gayle and Shai Hope get off the mark. Windies 1/0 (1 over)

# Muhammad Amir to bowl the opening over of the innings!

# Windies openers Chris Gayle and Shai Hope are set to begin the chase!

# The Pakistan players have taken the field and are set to defend the total of 105!

# Pakistan have been bowled out for 105, which is the second-lowest total ever posted by the side in the history of the World Cup!

# Wicket! Wahab Riaz dismissed for 18 runs off 11 deliveries as he attempts to go for another big hit, resulting in lack of proper connect with the ball going on to hit the stumps. Pakistan 105/10 (21.4 overs)

# Oshane Thomas to bowl his sixth over!

# 17 runs from the over as Wahab Riaz smashes two sixes and a boundary off the second, fifth and sixth delivery of the over through mid-wicket, over cover and to deep square leg. Pakistan 103/9 (21 overs)

# Jason Holder to bowl his fifth over!

# Mohammad Amir is the final batsman in!

# Wicket! Mohammad Hafeez dismissed for 16 runs off 24 deliveries as he hits a short ball by Oshane Thomas into the air with Sheldon Cottrell completing the catch. Pakistan 83/9 (19.3 overs)

# Sheldon Cottrell to bowl his fifth over!

# Wahab Riaz is the next batsman in!

# Wicket! Hassan Ali dismissed for 1 run off 4 deliveries as he attempts to smash a short delivery by Holder, resulting in a top-edge to Sheldon Cottrell. Pakistan 81/8 (18.3 overs)

# Jason Holder to bowl his fourth over!

# Hasan Ali is the new batsman in!

# Wicket! Shadab Khan dismissed for a duck as he is adjudged leg before wicket following a swinging delivery by Thomas which the umpire confirms following an appeal. Pakistan 78/7 (17.3 overs)

# Oshane Thomas to bowl his fourth over!

# Pakistan 77/6 (17 overs) with two runs scored off the over following two singles as well as the dismissals of Imad Wasim and Sarfaraz Ahmed.

# Shadab Khan is the next batsman in!

# Wicket! Imad Wasim departs for 1 off 3 deliveries as he top edges a short ball by Holder to Chris Gayle who completes the catch. Pakistan 77/6 (16.6 overs)

# Imad Wasim is the new man in!

# Wicket! Sarfaraz Ahmed dismissed for 8 runs off 12 deliveries following an edge down the leg-side off a short delivery to wicketkeeper Shai Hope. The Windies opt to review the decision of the umpire who initially declined the appeal by the Windies. Pakistan 75/5 (16.1 overs)

Jason Holder asks for a review and his opposite number is sent on his way. Pakistan in real trouble now at 75/5 after 16 overs at Trent Bridge #WIvPAK #CWC19 pic.twitter.com/A4tqtyAs4Q — Cricket World Cup (@cricketworldcup) May 31, 2019

# Jason Holder to bowl his third over!

# Three runs off the over following a wide and two runs off the fifth delivery of the over as Hafeez hits the ball to the right of mid-off. Pakistan 75/4 (16 overs)

# Oshane Thomas to bowl his third over!

# Two runs off the over as Hafeez and Sarfaraz attempt to rebuild the Pakistan innings. Pakistan 72/4 (!5 overs)

# Carlos Braithwaite continues with the ball!

# Eight runs and a wicket from the over as Mohammad Hafeez gets off the mark with two consecutive boundaries. Pakistan 70/4 (14 overs)

# Mohammad Hafeez is the next batsman in!

# Wicket! Babar Azam departs for 22 runs off 33 deliveries as he edges a fast, swinging delivery by Thomas to wicketkeeper Hope who completes a tough catch. Pakistan 62/4 (13.1 overs)

# Oshane Thomas to bowl his second over!

# Pakistan 62/3 (13 overs) with four runs off the over following the completion of four singles with Babar and Sarfaraz indulging in risk-free batting!

# Carlos Braithwaite to bowl his third over of the innings!

# Pakistan 58/3 (12 overs) as Babar Azam scores his second boundary of the innings wide of deep mid-wicket off the third delivery of the clash.

# Five runs from the over as Sarfaraz Ahmed scores a boundary off the final delivery of the over down the leg side! Pakistan 50/3 (11 overs)

# Carlos Braithwaite to bowl his second over!

# Skipper Sarfaraz Ahmed is the next batsman in!

# Andre Russell to bowl his third over!

# Pakistan 45/2 (9 overs) with three runs off Braithwaite's opening over, following two runs completed off the first ball and a single off the fourth delivery.

# Carlos Braithwaite into the attack!

# Pakistan 42/2 (8 overs) as Haris Sohail and Babar Azam complete two singles off the over to add two runs to the Pakistan total.

# Andre Russell to bowl his second over!

# Five runs from the over as Haris Sohail scores his first boundary of the innings, directing the ball to deep backward point. Pakistan 40/2 (7 overs)

# Sheldon Cottrell to bowl his fourth over of the bowling spell!

# Two runs and a wicket off the over as Russell accounts for the key wicket of Fakhar Zaman off his opening over. Pakistan 35/2 (6 overs)

# Haris Sohail is the new man in!

# Wicket! Fakhar Zaman dismissed for 22 runs off 16 deliveries following a short bouncer by Russell which goes on to hit the stumps after hitting the helmet. Pakistan 35/2 (5.5 overs)

# Sheldon Cottrell to bowl his third over!

# Fakhar Zaman continues to attack despite the dismissal of Imam Ul Haq with a boundary wide of cover. Pakistan score 10 runs off the over as Fakhar Zaman and Imam Ul Haq complete three runs from the final two deliveries. Pakistan 27/1 (4 overs)

# Jason Holder continues with the ball!

# Babar Azam is the new man in!

# Wicket! Imam Ul-Haq departs for 2 runs off 11 deliveries as he attempts to go for a cross-batted shot off a short delivery by Cottrell, resulting in an edge down the leg side to wicket-keeper Shai Hope. Pakistan 17/1 (2.6 overs)

# Sheldon Cottrell to bowl his second over of the bowling spell!

# Ten runs from Holder's opening over as Fakhar Zaman smashes the six of the Pakistan innings over the deep midwicket fence. Zaman and Imam complete three runs and a single off the first two deliveries as well, as Pakistan reach 11/0 (2 overs)

# Jason Holder to bowl the second over!

# Just a single off the first over as Cottrell creates uncertainty in the minds of the Pakistan openers with bounce, variations in line and length. Pakistan 1/0 (1 over)

# Left-arm pacer Sheldon Cottrell to bowl the opening over of the innings!

# Pakistan openers Fakhar Zaman and Imam Ul Haq are set to kick off the innings!

# The clash is set to commence in a few minutes with both the teams on the field for the national anthem ceremony!

# West Indies win the toss and opt to field!

West Indies have been in good form recently with an excellent performance against New Zealand in their final warm-up match, emerging victorious by a margin of 91 runs.

Pakistan, on the other hand, have struggled in recent times with a series whitewash in the recently concluded ODI series against England. They were also defeated by minnows Afghanistan in the first warm-up match with the outfit emerging victorious by a margin of three wickets. However, they are more than capable of making their presence felt under pressure as evident from the triumph in the Champions Trophy back in 2017.

Chris Gayle is set to participate in his 5th ICC ODI World Cup. Shoaib Malik, on the other hand, is the highest run-scorer and wicket-taker in the Pakistan squad. 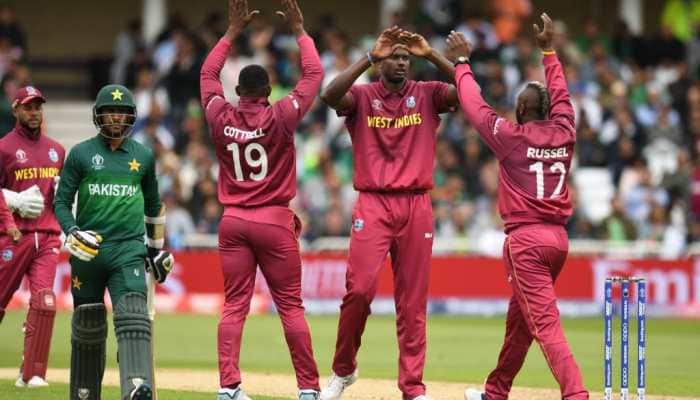 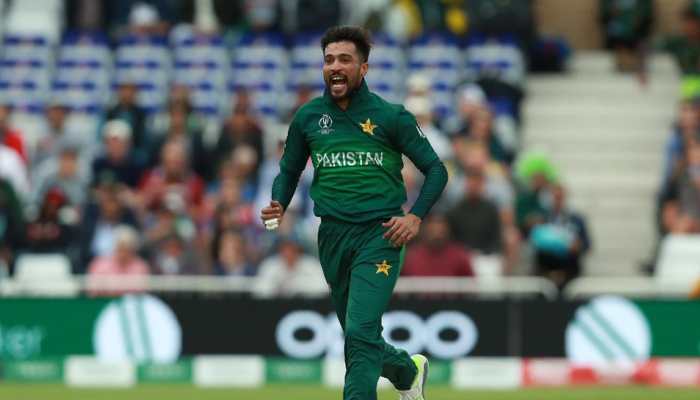 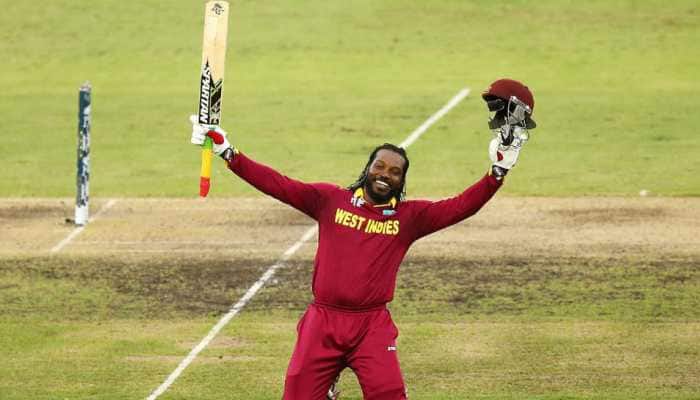 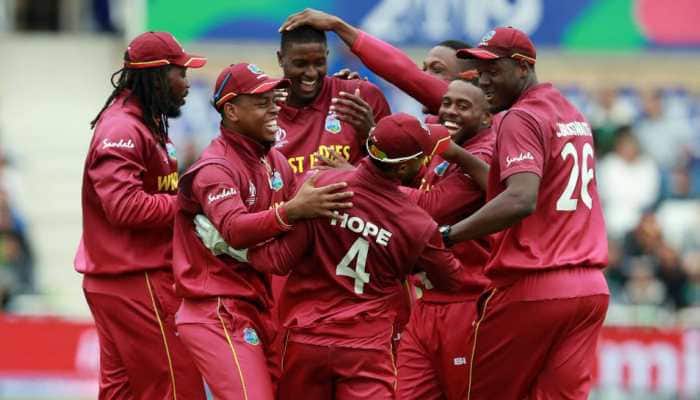 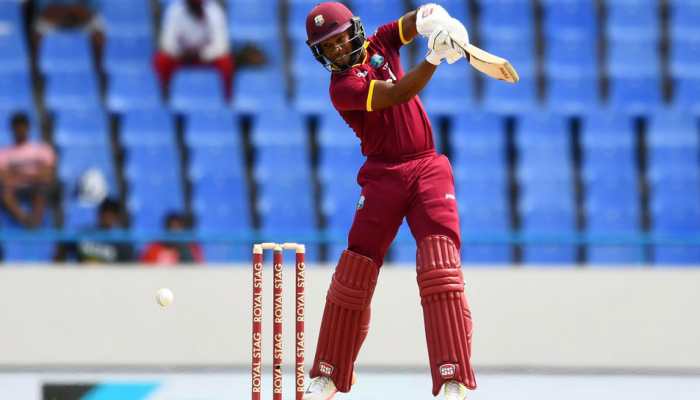 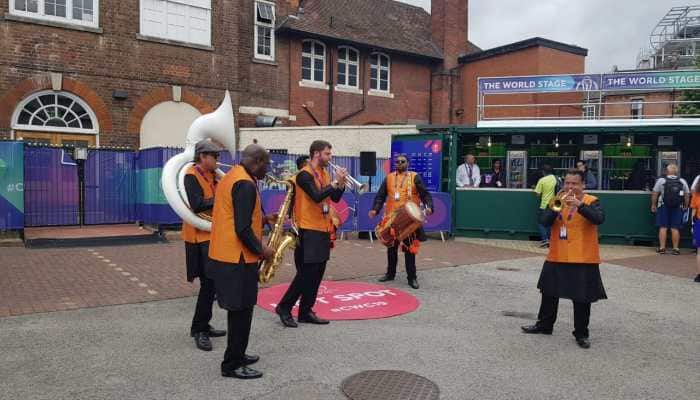 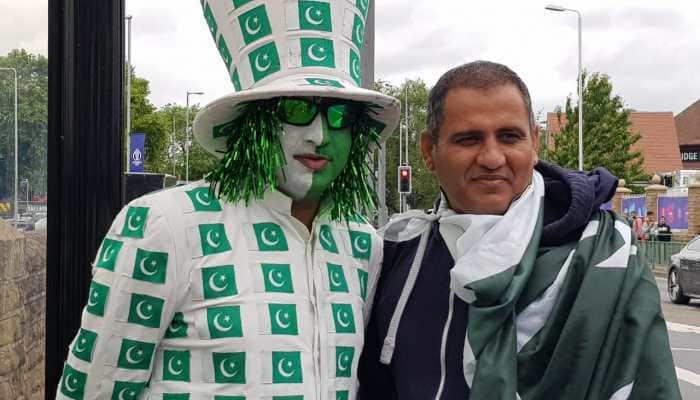 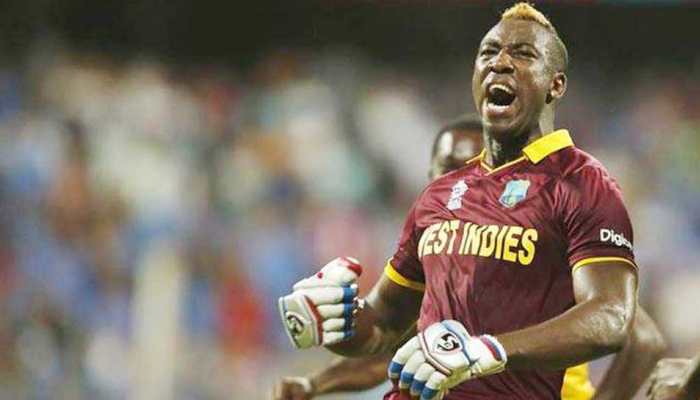 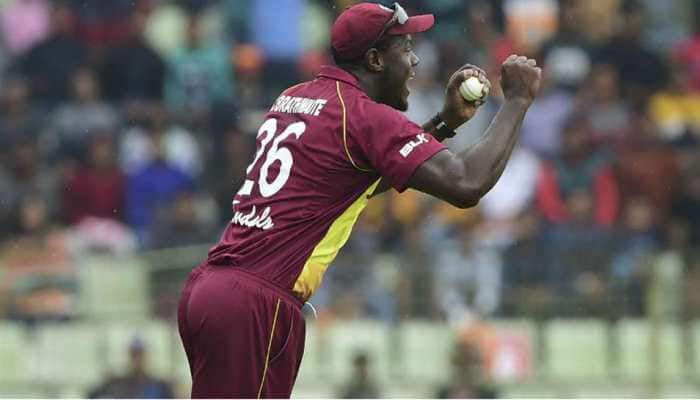 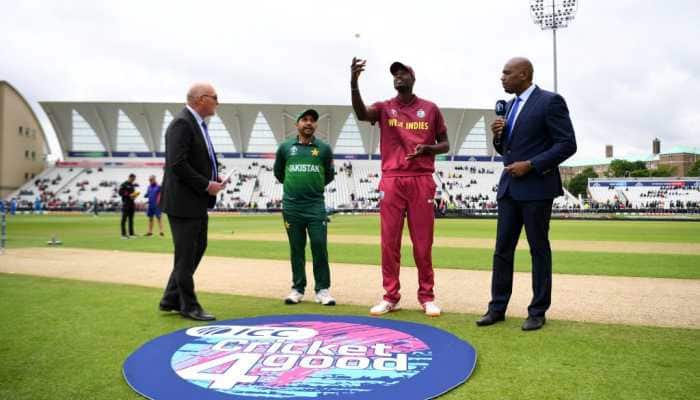