Drama took place on Day 3 of the third Test when a DRS saved South Africa captain Dean Elgar from getting dismissed. 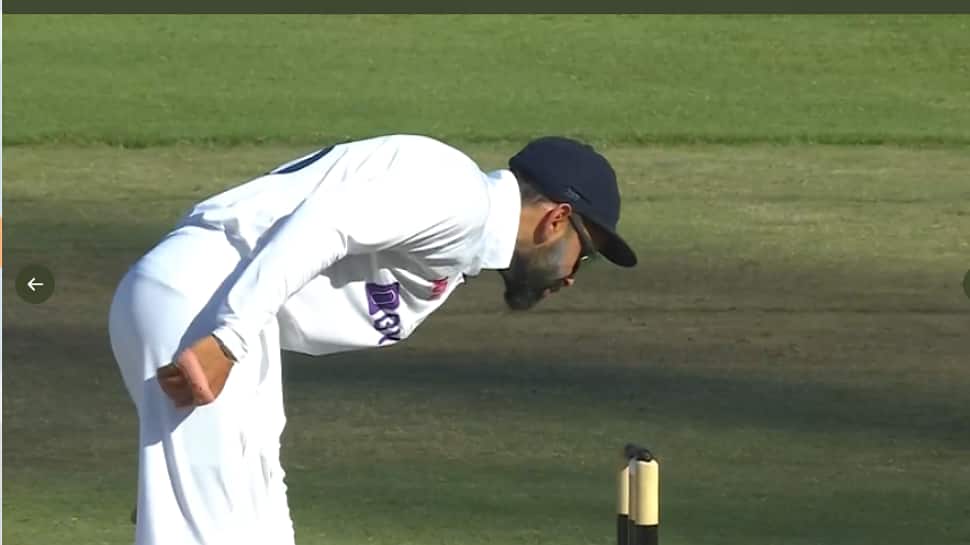 Drama took place on Day 3 of the third Test when a DRS saved South Africa captain Dean Elgar from getting dismissed.

In the last hour of the day's play, in one of the Ashwin overs, Elgar was caught right in front of the stumps. India appealed and umpire Marais Erasmus raises his finger.

Elgar took a review but the ball tracker suggested that the ball would have missed the stumps.

Everyone on the field was shocked, including umpire Erasum who said 'that is impossible.

India captain Virat Kohli was very angry after watching the ball tracker. He and the Indian team felt that was out.

Kohli was fuming and showed his anger at the end of the over, going up to the stumps and saying: "Focus on your team as well when they shine the ball eh, not just the opposition. Trying to catch people all the time."

KL Rahul then was heard the next second: "The whole country against us 11."

It seems the messages were to the Supersport TV crew who are operating the DRS.

Virat Kohli speaking right into the stump mic indicating that the DRS is definitely rigged to favour South Africa.

Rishabh Pant creates history with century against SA, even MS Dhoni failed to achieve THIS feat