Eventually, India posted a formidable total of 336 for five in their stipulated over against Pakistan. 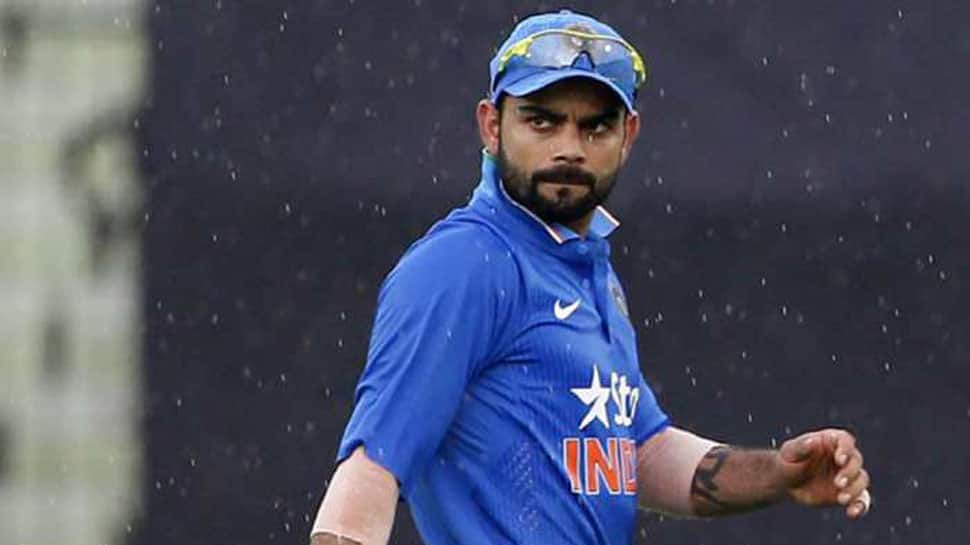 In the high-octane International Cricket Council (ICC) World Cup clash between India and their arch-rivals Pakistan, skipper Virat Kohli looked all set to score his maiden ton of this edition's mega event at the Old Trafford in Manchester on Sunday. However, he bizarrely went back to the pavilion after apparently edging a bouncer from Mohammad Amir to Pakistan captain Sarfraz Ahmed.

Kohli was comfortably batting at the crease, scoring 77 runs off just 65 balls, when he seemed to have edged an Amir bouncer straight into the gloves of Sarfaraz Ahmed behind the wicket shortly after the play was resumed following a brief break due to rain.

Subsequently, Amir and the other members of the Pakistan team fiercely appealed for Kohli's dismissal, but umpire Marais Erasmus did not give him out. However, Kohli looked quite confident that he got a knick and in a display of sportsmanship, decided to walk back to the pavilion.

Later, the television replays showed that the Indian skipper had got no contact with the ball while the snicko also confirmed that there was no edge.

Kohli's decision to walk back without waiting for the umpire to give him out sparked mixed reactions on social media. Let us have a look at some of the reactions.

Kohli gave away his wicket even when he wasn't out , nothing much just a gift from the father on father's day  #IndiaVsPakistan pic.twitter.com/OOaKkJXxuH

Umpire didn't give him out after edge but Kohli left the field, what a gentleman he is
virat.kohli https://t.co/EtTxqtpVhs

He's Sucha Great of a player that only Kohli can get Virat out #Flamboyant  @imVkohli #IndiaVsPakistan #INDvPAK #CWC19 #ViratKohli pic.twitter.com/iF8u0OkKr7

Put in to bat first in the match that was briefly stopped by light showers, Indian openers Rohit Sharma pulled off a blistering knock of 140 off just 113 balls besides also sharing a 136-run stand with KL Rahul (57) for the opening wicket. But it was the dismissal of Kohli which made the headlines. Eventually, India posted a formidable total of 336 for five in their stipulated over against Pakistan.