West Indies will kickstart their campaign at the International Cricket Council (ICC) World Cup opener against Pakistan at Trent Bridge  on Friday. 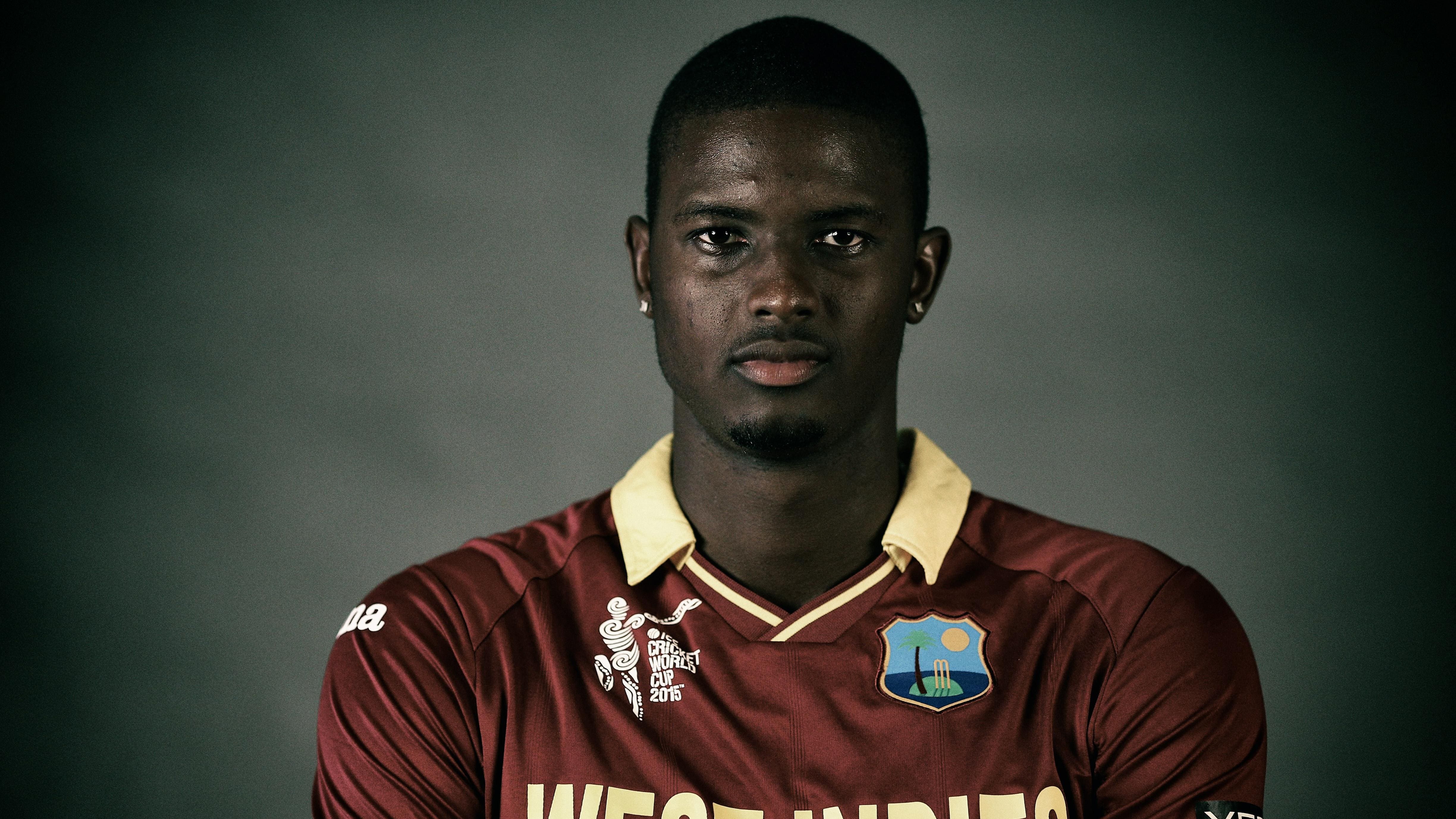 On the eve of his side's International Cricket Council (ICC) World Cup opener against Pakistan at Trent Bridge, West Indies skipper Jason Holder has refused the get carried away by talk of records and breaking through the 500-run total mark.

Dodging questions like a Kemar Roach 90mph bouncer, Holder preferred to focus on process rather than hype up his big hitters.

England’s 481 world record at Trent Bridge last year, where Holder’s side will face Pakistan in their ICC Men’s Cricket World Cup 2019 opener on Friday, has made the pursuit of the 500-run landmark a fascinating tournament sub-plot.

However, Holder refused to get swept away by the record as he said that the Caribbean side will be going to play just a normal cricket game when they head into their opening clash of the mega event.

“Look, I don’t want to sit here and predetermine what’s going to happen, we are just going to play a normal cricket game.I think where the game has gone now, especially in England, there have been some high totals, but there have been totals that were relatively low too," the ICC quoted Holder as saying.

“That’s the way cricket is played and that’s the nature of the game. I just don’t want to sit before a game and say we’re looking to score 500 or 600, I just want to play it as we see it as assess the conditions like any other game," the West Indies skipper, whose side didn’t help him dampen expectations with a score of 421 in their warm-up win over New Zealand, said.

Darren Bravo is another player capable of putting big runs, though he comes into the tournament after a difficult spell, only making it into double digits twice in his last nine international innings.

Echoing similar views as Holder, Bravo said that his side will not be focusing on the total and just look to come out of each match with the win.

“I don’t want to focus on 500 runs,” he said. “We just want to come out with the win and we aren’t thinking about the total, just getting points under our belt. We’re looking forward to the encounter, you can’t take Pakistan lightly, they are a very good team.

“We aren’t focussed on the opposition, we’ve identified some weaknesses but we are thinking about our game.If you look at our batting line-up, you see can the firepower. We’ve a good blend of experience and youth and we’ve showed glimpses we can be a very dangerous team," all-rounder Bravo added.

And while their batsmen will always hog the hype, this game could well be decided with the ball – Pakistan’s top order boasting one of the lowest strike rates in world cricket.

“Coming into this tournament is that every player is in a good frame of mind.Everybody is playing with a smile on their face, and I think that’s how we play our best cricket. We’re fearless, we enjoy what we’re doing and we enjoy one another’s company. I can safely say within the group we’ve got that. We’ve got the energy going into this tournament that we would want to have," Holder said.

Here is the full transcript of Holder's interview which was published in the ICC official website:

Q. First of all, just want to ask you how your trip to Buckingham Palace was and did you have any interesting conversations?

Holder: It was a long day, I can tell you that. Yeah, it was a good experience, obviously, meeting the Queen and being in her company is something that as a kid growing up you never imagine, so personally for me it was a wonderful experience and something I will cherish for the rest of my life. But yeah, it was a very, very long day.

Q. Did you meet Prince Harry? Did he say anything interesting?

Holder: Yeah, we had a pretty good conversation. I like him a lot, in a short space of time I had to converse with him. But I choose not to mention what we would have spoken about.

Q. And just in looking at tomorrow's game, the form of Shai Hope, can you talk about where he is at the moment? What is it do you think that put him in the space where he is now?

Holder: Well, yeah, Shai has been carrying some form for a long time in the limited overs format, and he's really confident. I think he's worked out pretty much his method of scoring in this format. As I say, it's been very, very consistent, which as a group we've probably lacked in the recent past. So it's really good to see a young batter stepping up and being as consistent as he has been and leading the charge for us, and obviously we've got power around him and obviously some other touch players. So I think we've got a really good mix in terms of our batter lineup, but obviously Shai has stood out in the recent past with his success and that's just really down to the fact that he's been consistent and he's been working on the method of how he's going to be successful in this format.

Q. Jason, you've been in good form over the last few months. Have you got here and looked at the short boundary and thought this is an opportunity to really make a statement tomorrow?

Holder: Look, I don't want to sit here and try to predetermine what's going to happen, but I just think in this situation we play a normal cricket game. We assess the conditions as early as possible and we play to suit. I think where the game has gone now, especially in England here, there have been some high totals, but there have been totals where I saw one or two games lately that were relatively low scoring. It can happen. That's the way cricket is played, and that's the nature of the game. I just don't want to sit before a game and say we're looking to score 500 or 600, I just want to play it as we see it as assess the conditions like any other game.

Q. Have you got all 15 available for tomorrow, as well?

Holder: Yes, all 15 available for tomorrow, so I guess selection is a bit of a headache for me personally with everybody going so well, so I guess tonight we'll finalize our team.

Holder: Yeah, I think I'm excited to play in England. We are all excited to play in England. The magnitude of this tournament speaks for itself. There's no need to sit here and harp on about it. As I said previously, we just want to take it stage by stage, game by game. It doesn't matter where we're playing, we've just got to assess the conditions and be as professional as we possibly can. So I don't want to sit here and to narrow it down to one or two grounds that we're particularly looking to favour, we're just looking to play solid cricket, whatever the conditions may be, we've got to find a method and a way to be successful.

Q. Looking at Pakistan, they've had a difficult buildup. Do you take anything from that?

Holder: Yeah, we've obviously looked at their players, tried to formulate our plans towards them and obviously our mode of attack. We've had a few discussions as the team and a few team meetings just to formulate whatever plans we're going into tomorrow's game with. But yeah, it's just a normal thing. It's nothing different depending on who the team is.We just want to be as professional as we possibly can, not take anything for granted. I don't think we're in a position to take anything for granted, to just be in a situation where we just assess who we're playing against, formulate our plans or look to execute them.

Q. Can you talk about young Bravo? What does he offer the West Indies batting order? What is the thing that he brings other than all the power he does?

Holder: Well, I was looking forward to this first question. Look, Darren has been around for a very long time, and not because he's here (in the room) I'm saying good things about him. But he's obviously one that has been at the forefront for a batter for a number of years. He had a period of time out of the game, which is always hard coming back in, but his energy around the team is exceptional. He's one of those guys that definitely brings energy to the team, and he's slowly but surely getting back into his rhythm. And as I said before, anybody would know anything, if you take time away from any game, it just takes you a while to catch yourself back and get back into the thick of things, but he's done that nicely, and I think he's very, very confident going into this first game against Pakistan and he knows the impact he can have on the team and the team's performance when he gets going.

Q. You've spoken about having meetings about your opposition, but Pakistan's top order has one of the lowest strike rates. Does that work as an advantage for a bowling group?

Q. When we spoke the other day you said you liked being the underdogs and flying under the radar, and Kevin Pietersen yesterday said outside of England, the West Indies are the team he thought could do the most damage at this tournament. You feel like you've got some momentum coming in? Is that something the group believe?

Holder: One thing I like coming into this tournament is that every player is in a good frame of mind. Everybody is playing with a smile on their face, and I think that's how we play our best cricket. We're fearless, we enjoy what we're doing and we enjoy one another's company. I can safely say within the group we've got that. We've got an atmosphere that we would like to create, and we've got the energy going into this tournament that we would want to have.I think the rest is left down to us on the field. We've just got to execute whatever plans we formulate, and I think execution is key in this tournament, you know, whether it's West Indies, England, India or whoever. I think the teams that execute their plans and be as disciplined as they can, more often than not they're going to come out on top.