Pakistan on Tuesday (August 24) levelled the two-match series and claimed 12 World Test Championship points after dismissing the West Indies for 219 on day five at Sabina Park. India will begin the third Test against England at Headingley in Leeds on Wednesday (August 25). 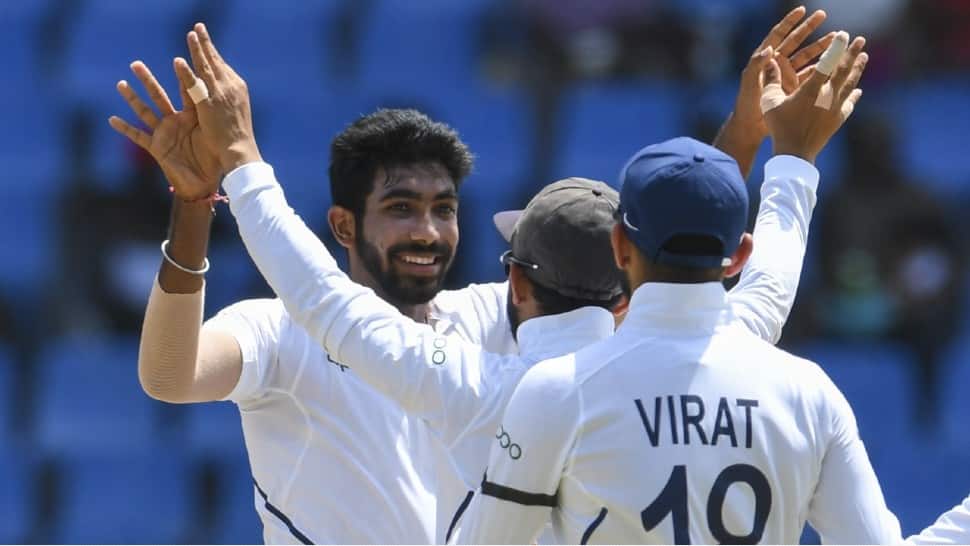 India are currently in No. 1 spot in WTC points table ahead of 2nd placed Pakistan and West Indies. (Source: Twitter)
Share:
Written By:

Indian men’s cricket team has now taken the top spot in the World Test Championship (2021-2023) points table, with West Indies and Pakistan tied at second place. India has accumulated 14 points in the two matches that they have played against England.

The percentage of points (PCT) of the Virat Kohli's Indian team is 58.33 after winning one match and drawing another. England is on the fourth spot with two points which they have gathered in the drawn Trent Bridge Test. Pakistan, led by Babar Azam, on Tuesday (August 24) levelled the two-match series and claimed 12 World Test Championship points after dismissing the West Indies for 219 on day five at Sabina Park.

Earlier, West Indies had triumphed against Pakistan at the same venue in the first Test, claiming their share of 12 WTC points. In the ongoing England and India series, the first Test ended in a draw but India staged an incredible comeback to take the second game by 151 runs at the Lord’s Cricket Ground. Both sides will now lock horns in the third Test, beginning Wednesday at Headingley, Leeds.

Riding on the confidence of the second Test victory, the visitors will look to seal the third Test which will ensure that India doesn’t lose the five-match series. Batsmen Zak Crawley and Dom Sibley were omitted from the England squad last week and pacer Mark Wood was ruled out of the third Test on Monday.

Many new faces are expected to be included in the English playing XI but for India the question remains whether the visitors will change the winning combination or go with the same set of players in the third Test.