Team India on Thursday evening announced their Playing XI for the World Test Championship final against New Zealand, which will be played in Southampton from Friday. 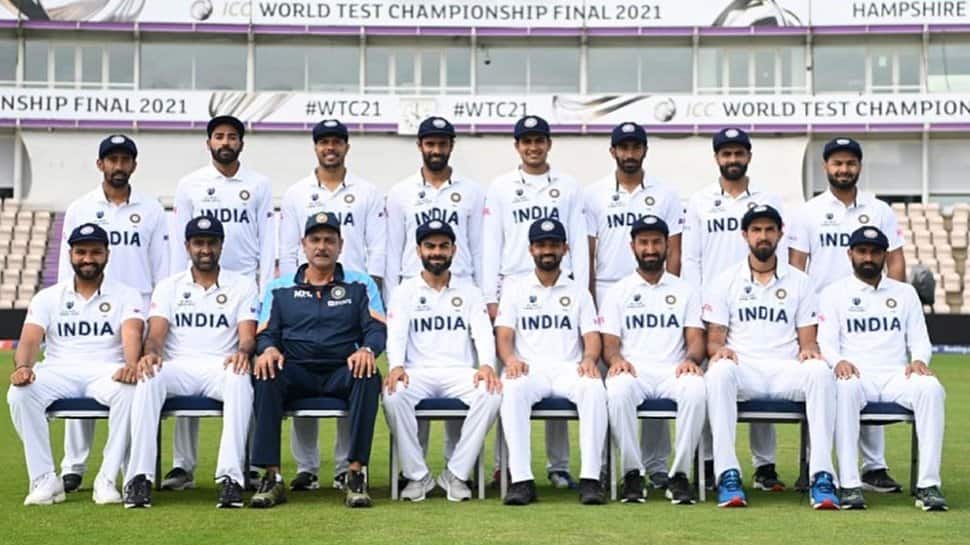 Team India on Thursday evening announced their Playing XI for the World Test Championship final against New Zealand, which will be played in Southampton from Friday.

Rohit Sharma is all set to open the innings along with Shubman Gill, while the middle-order responsiblity will be shared among Cheteshwar Pujara, skipper Virat Kohli, and his deputy Ajinkya Rahane.

Rishabh Pant was an automatic pick for the wicket-keeper, while India opted to field two spinners Ravindra Jadeja and R Ashwin also in the line-up.

Meanwhile, the skipper on Thursday asserted that one Test match is not a "true reflection" of his team even if it happens to be the World Test Championship final against New Zealand here and he is treating it as "just another" game.

"One game over five days. It's not going to reflect anything and those who understand the game know and also what has gone over the period of last four to five years," Kohli said on the eve of the big final against the Black Caps.

"If we win, cricket will not stop and if we lose also, cricket won't stop. We are playing in quest of excellence and understand who we are as a team," the eloquent Indian captain added.