Jasprit Bumrah was seen bowling wearing India’s regular Test jersey with the main sponsor mentioned at the centre of the jersey. 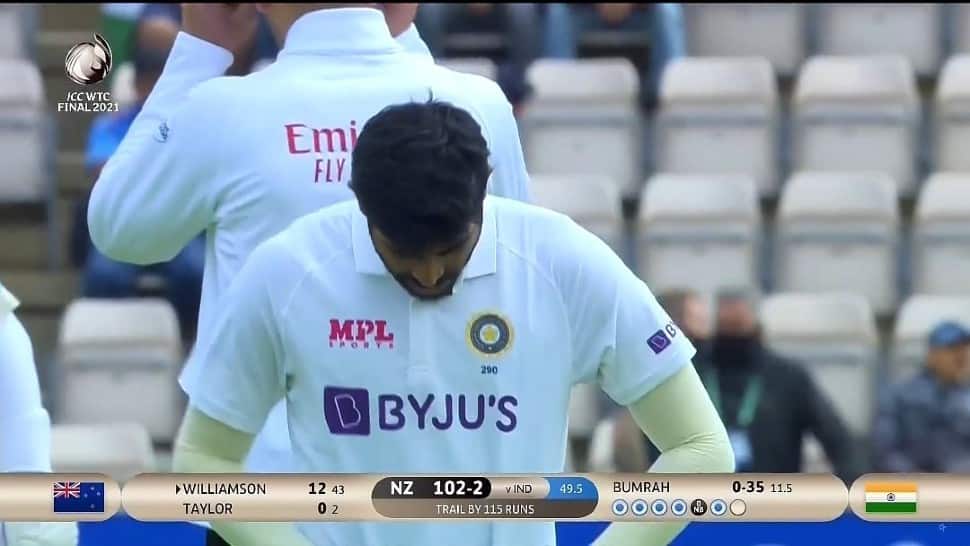 Indian paceman Jasprit Bumrah has had a forgettable World Test Championship Final so far. All the other Indian bowlers were among the wickets apart from Bumrah in this game.

Day 5 of the WTC Final on Tuesday (June 22) turned worse for Bumrah, who earlier this year got married to sports presenter Sanjana Ganesan. After a washed out Day 4, play resumed an hour late due to slight drizzle on the fifth day.

Bumrah, however, was seen bowling wearing India’s regular Test jersey with the main sponsor mentioned at the centre of the jersey. He bowled the entire first over of the day with the wrong jersey and the rushed back to the dressing room between overs to change it. For his second over of the day, Bumrah was back with the correct WTC jersey and continued his spell.

This has been spotted before during the limited-overs World Cups. However, an ICC Final in the Test format is happening for the first time and Bumrah must have got confused and made the error.

Bumrah has picked up 34 wickets in 10 WTC games till date at an average of 24.08 with two five-wicket hauls to his name. Off-spinner Ravichandran Ashwin is the leading wicket-taker for India in the WTC with 69 wickets at an average of 20.68 followed by Mohammed Shami, who has 40 wickets in 11 games at an average of 19.7. Shami was the pick of the Indian bowlers on Day Five, claiming four wickets.

Meanwhile, Bumrah will be keen on putting India on top again on the fifth day after hogging the limelight twice in this Test for other reasons.