Kohli warned that youngsters will certainly have mental problems if they don't embrace the longer format of the game. 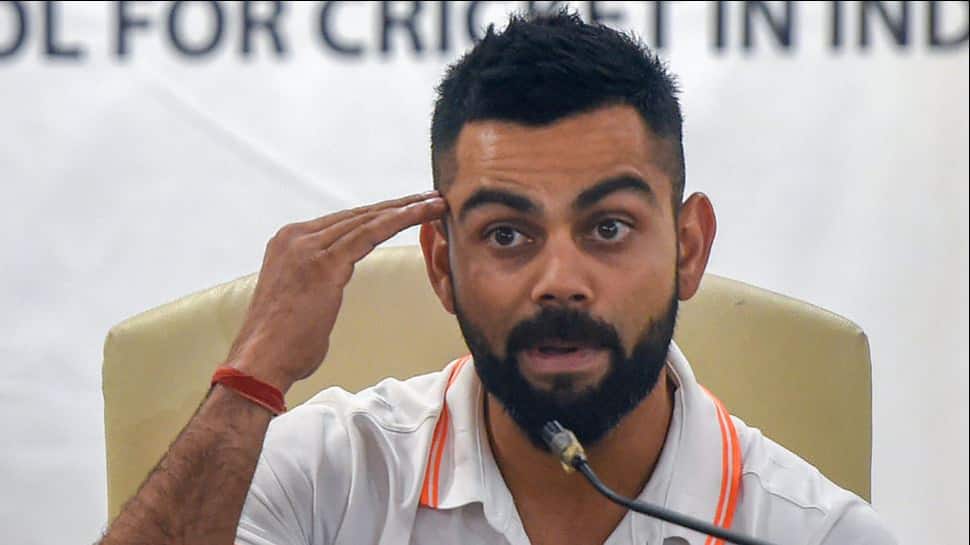 Virat Kohli has no peers in ODIs but he has a priceless message for youngsters -- sole focus on limited overs formats shouldn't be an "excuse" for not being able to cope with the challenges of Test cricket.

The World's No 1 batsman with 25 Test hundreds warned that youngsters will have mental problems if they don't embrace the longer format of five-day cricket.

"If we focus too much on shorter formats - yes, they're important - but if we solely focus and look at them as an escape or an excuse to not be in the kind of situations that Test cricket presents to you, then I think there will start being a mental problem with the cricketers coming up," Kohli was quoted as saying by Star Sports.

The Indian skipper, who has played a few defining knocks against world class bowlers like Jimmy Anderson, Stuart Broad and Mitchell Starc during the past year spoke about the hardwork that goes into the making of a quality Test player.

"As long as you're willing to wake up every morning for five days and do the hard yards and go do the dirty work - if you're willing to bat for two hours and not score a run for the team - I think that is what people should prepare (youngsters) (for)."

Kohli said that the current batch of Indian Test cricketers are trying to set an example for the younger generation.

"That (vision) will require the team to lay out a certain things that needs to be done and for the next lot to keep following. So (when) the next lot that comes in, they have to maintain that vision and then the people coming in will follow."

Virat Kohli has reaffirmed his commitment towards Test cricket, saying that he wants India to become a superpower in the game's longest format. Number-one ranked India recently won their maiden Test series in Australia under Kohli's leadership.

"I wouldn't say goal but I would rather speak of a vision, which is for India to be a superpower in Test cricket or a very, very strong side in Test cricket in the years to come," he said.

"I think if Indian cricket respects Test cricket, and Indian players respect Test cricket, then Test cricket will stay at the top because of the fan base that we have all over the world," added Kohli.

The 30-year-old cricketer was made the Indian captain for the first time in the middle of the 2014-15 Test series in Australia with MS Dhoni announcing a shock retirement. He credited coach Ravi Shastri for making his job easier.

"Ever since 2014, I think he's (Shastri) one person who's given me honest feedback whenever things required to be altered," said Kohli.

"I remember we sat down (last year). I'd scored a Test century and a fifty in the same game in England, so he called me and he said, as far as batting is concerned, I'm not going to discuss anything with you now because you've done some something which I am proud of and everyone is proud of."

"But as a captain, I need to start thinking how to get the best out of this team and how to tactically be spot on. And that really hit me because I felt like, you know, there's so much more to captaincy than you sometimes think," he added.

Before departing for the Australia tour, Kohli had dismissed the perception that Shastri was a "yes-man" to him. He explained again what Shastri brings to the table.

"He's done so much commentary, and he's seen the game so much and has played so much himself - just watching the game - he knows where the game is heading."

"So just get getting feedback from him constantly has been the biggest help for me, in terms of moulding my own personality into captaincy. He's someone who has never tried to change me just to be able to fit into the captaincy mode," Kohli concluded.