Devi Kalratri is believed to be the fiercest form of Durga 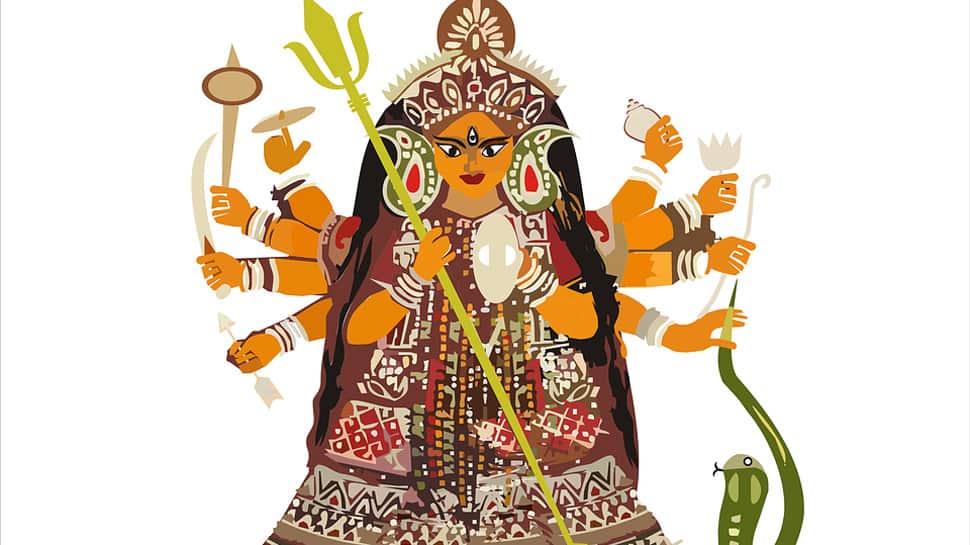 New Delhi: The auspicious occasion of Navratri began from the April 6 and will last till the 14th with Ram Navami being celebrated on the same day. The nine-day long festival marks the victory of good over evil and is celebrated with must gusto and fervour across the globe.

During Navratri, each form of Maa Durga is worshipped. On the 7th day or Saptami, Maa Kalratri or Kalaratri, also known as Kaalratri is prayed to. Devi Kalratri is regarded as one of the many destructive forms of Maa Shakti which includes Kali, Mahakali, Bhadrakali, Bhairavi, Mrityu, Rudrani, Chamunda, Chandi and Durga.

Often Kali and Kalratri are used interchangeably but the two deities are separate.

(The Mantras were mentioned in Drikpanchang.com)

Devi Kalratri is believed to be the fiercest form of Durga, and her appearance often invokes a feeling of fear. She is the destroyer of all demon entities, ghosts, spirits and negative energies, who flee upon knowing of her arrival.

Kalratri is also associated with the crown chakra (the sahasrara chakra). She bestows the believer with siddhis and niddhis, namely knowledge, power and wealth.

Also called the Shubankari which means auspicious in Sanskrit, it is said that she gives auspicious and positive results to her devotees, making them fearless.She is also known by the names Raudri and Dhumorna.

Her weapons include hooked vajra and curved sword, Abhayamudra, Varadamudra. She is mounted on a donkey, lion or tiger as per various legends.

Daily Horoscope: Find out what the stars have in store for you today—April 12, 2019