The auspicious day is also known as Guru Nanak Prakash Parv or Utsav. This year, it is being celebrated on November 12 and the devotees partake in preparations days ahead of the special day. 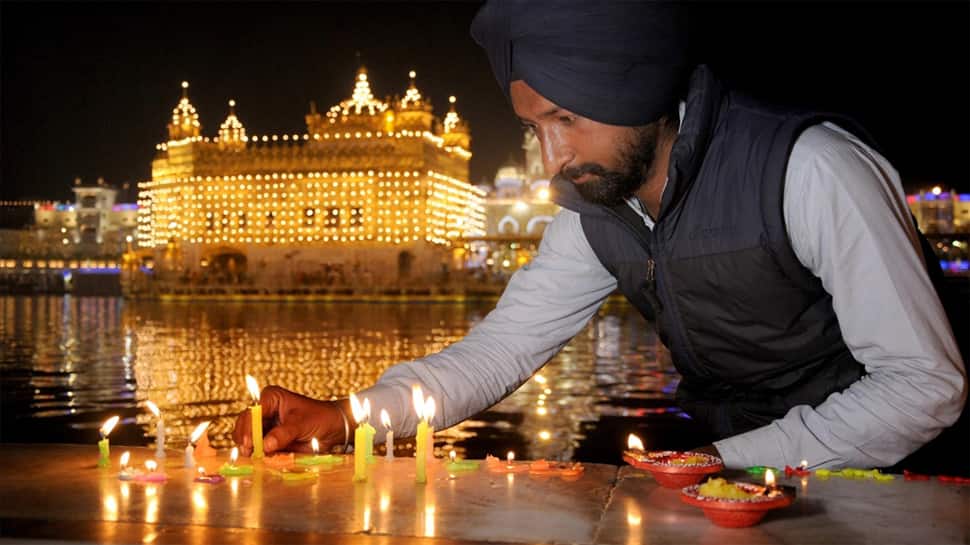 New Delhi: Guru Nanak Dev Ji—the first Sikh Guru's birthday is widely celebrated across the globe as Guru Nanak Jayanti or Gurupurab. The auspicious day is also known as Guru Nanak Prakash Parv or Utsav. This year, it is being celebrated on November 12 and the devotees partake in preparations days ahead of the special day.

For the Sikh community, the day holds greater significance and is revered as one of the most important festivals. In Sikhism, birthdays of the 10 Gurus are observed as major festivals and widely celebrated. It is their teachings which the Sikhs follow to tread on their life path.

The celebrations begin with Prabhat Pheri which includes the procession of devotees which wakes early morning and starts singing prayers and hymns of the Guru. The procession begins from the Gurdwara and the group of devotees move around the localities.

As a customary practice, two days ahead of the Guru Nanak Jayanti, in almost every Gurdwara, Akhanth Path which means non-stop recitation of Guru Granth Sahib takes place. It is a 48-hour-long reading session.

One day before the birthday, Nagarkirtan procession is held where Panj Pyaras (The Five Beloved Ones) lead the troupe carrying Sikh flag, Palanquin of Guru Granth Sahib. The procession includes devotees singing songs of the Guru.

In this procession, bands playing music, swordsmanship using traditional weapons are also displayed. Guru Nanak Dev Ji's message is spread across the streets where the group is leading.

On the day of the Gurupurab or Guru Nanak Dev Ji's birthday, celebrations begin early morning known as Amrit Vela. Asaa-Ki-Vaar or morning prayer starts the day with immense gratitude. Then, Katha and Kirtan are organised where Guru's teachings are talked about.

This is followed by Langar which is considered to be a form of prasad. It's a community lunch where people volunteer to partake in offering services. They perform Seva for free in the name of humanity.

In Gurdwaras, prayers are performed in the evening and night also. The Gurbani session begins after 12 in midnight at around 1.20 am which is believed to be the time of the birth of the Guru. Kada Prasad is also distributed amongst the devotees.

Guru Nanak Jayanti: Here's how you can make Kada prasad on Gurupurab