Hariyali Teej: Puja timings and significance of the festival

Married women usually observe fast on Hariyali Teej and await the moon sighting during the night. 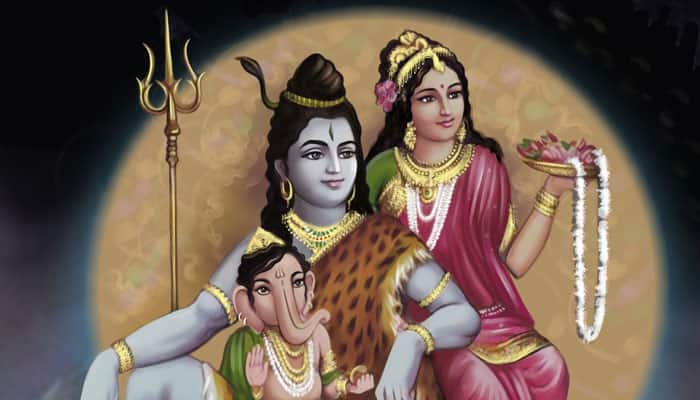 India is a country known for its diversity. Throughout the year, there are different festivals celebrated by varied communities. Today happens to be Haryali Teej—A festival mainly celebrated in Haryana, Rajasthan, Uttar Pradesh, Bihar, Madhya Pradesh, Chattisgarh, Gujarat and Himachal Pradesh. Dedicated to Lord Shiva and Goddess Parvati's union, Haryali Teej is celebrated to welcome the season of monsoon. Young girls, as well as married women,  participate in the festivities and are in a cheerful mood all day.

This year Hariyali Teej is celebrated on August 3. During monsoons (Shraavan or Saawan) there is greenery everywhere, therefore the festival is called Haryali Teej—coming from the word Green (Hariyali).

Here are the Tritiya timings, according to drikpanchang.com:

On this day, women and unmarried girls enjoy swing rides (where jhulas are set up under the trees or in the courtyard), apply mehendi, wear colourful bangles and pray to Goddess Parvati.

Married women usually observe fast on this day and await the moon sighting during the night. The legend has it that Hariyali Teej is marked to celebrate the reunification of Goddess Parvati with Lord Shiva. It is this day when Lord Shiva accepted Goddess Parvati as his wife (consort).

It is believed that Goddess Parvati practiced austerity for a number of years and observed fast so that she becomes the wife of Lord Shiva. And finally her dedication won over Shiva and she was accepted by the Supreme Lord as his better half in her 108th birth. The goddess is also revered and prayed upon this day as the Teej Mata.

It is to be noted that different communities practice varied rituals associated with the same festival.

Daily Horoscope: Find out what the stars have in store for you today—August 3, 2019