On March 9, Holika Dahan Puja is performed and celebrates the victory of good over evil. It is also known as Chhoti Holi in many places. 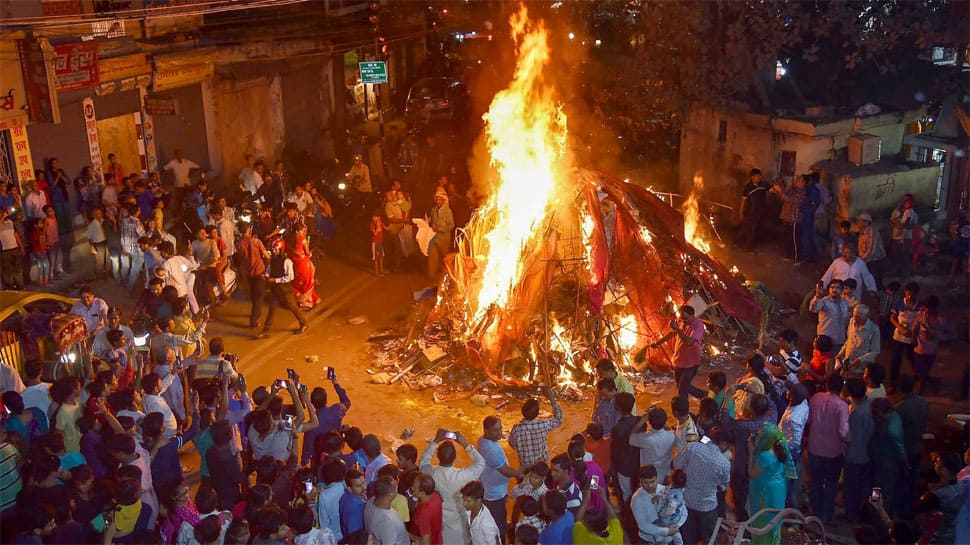 The festive occasion of Holi will be celebrated this year on March 10. Vibrant hues dominate the streets, every nook and corner with happy faces playing with colours. On March 9, Holika Dahan Puja is performed and celebrates the victory of good over evil. It is also known as Chhoti Holi in many places.

Holika Dahan puja takes place a day before Holi every year. Therefore, this year it will be celebrated on March 9 and Holi on March 10 respectively.

According to drikpanchang.com, here are the dates and Puja Muhurat Timings.

Holi, also known as Dhulandi is marked on the day after Holika Dahan. It's when people play with colours and usher in the celebrations.

What is Holika Dahan?

Holika Dahan, as per Hindu Lunar calendar concurs with the full moon day in the month of Phalguna, a day which is also known as Phalguna Purnima. A day prior to the Rangwali Holi when people use colours to play with each other, Holika Dahan takes place.

On the eve of Holi, people pray to the almighty and perform the Holika Dahan ritual. A bonfire is organised to mark the victory of good over evil. The Dahan is performed during the Pradosh Kaal (post-sunset) while Purnimasi Tithi prevails.

The legend behind Holika Dahan:

The Lord Vishnu not only saves bhakt Prahalada but also kills the ruthless ruler and his father Hiranynakashyapu and Holika. From that day onwards, the Holika Dahan puja is dedicated to Lord Vishnu's Narasimha avatar.

Here's wishing all our readers a very Happy and Safe Holi!

Holi 2020: Here's how you can plan a colourful bash at home