A play `Shri Krishna Avatar` directed by Somnath Pawar performed on the occasion of Janmashtami at Shri Ram Centre for Performing Arts here saw the attendance of several families, who brought their children to help them learn about Lord Krishna. 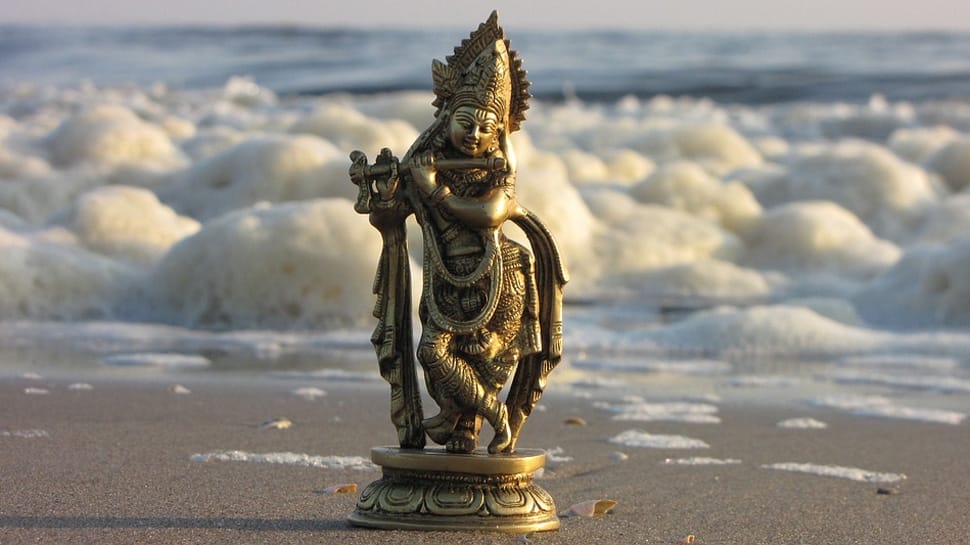 New Delhi: In today`s digital era, where children learn to operate smartphones even before uttering their first words, cultural storytelling has proved to be an effective way for parents to help their kids learn about India`s great traditions.

A play `Shri Krishna Avatar` directed by Somnath Pawar performed on the occasion of Janmashtami at Shri Ram Centre for Performing Arts here saw the attendance of several families, who brought their children to help them learn about Lord Krishna.

The deity is an integral part of the Hindu culture and is widely worshipped across the country. Asserting how art plays a vital role in helping children learn about culture, Kaumudi mother of 9-year-old Kanav, who played the role of "bal Krishna" told ANI, "The best way to teach kids or today`s generation about mythology or culture is through art. To me, culture involves a number of things. It involves food, language, festivals, clothes, habits and more. So, when my son learns about all of this with the help of theatre, it helps in developing my son`s personality."

Cultural storytelling not only preserves traditions but also assists in passing knowledge about our civilisation from one generation to another. This form of art also allows children to express, explore and understand different traditions and cultures.Sharing his thoughts about the play, Kanav said he enjoyed acting in the drama. The little-one without any hesitation opined that though his favourite part is Krishna killing Kansa, he did not appreciate him stealing butter.

"I especially loved learning about this drama because it has too many interesting characters. There are demons, Devki Maa, Radha, Gopi and so much more. I love the part where Krishna kills Kansa, though I don`t like when Kanha steals Makhan, it is not a good habit, but since he gets punished later, it feels fair," expressed the 9-year-old artiste.

Echoing similar sentiments as Kaumudi, director of the play believes, it is important to give children intriguing choices which can drive their attention towards cultural learning.

"Culture teaching has an impact on everyone, regardless of age. It guides you on how to treat and respect your gurus (teacher) or be it any other relationship. If you follow the path of Krishna, people can sort out many relationships issues they face," said Somnath Pawar.

"Take the example of Bal Krishna (young Lord Krishna), according to holy book Gita, he used to live happily with everyone, be it rich or poor, upper class or lower class. After growing up he became an icon for his ideologies. Among which my personal favourite preaching is -- duty comes first," added Somnath.

Not just Janmashtami, there are other festivals associated with Lord Krishna too!—Check list